The toddler, who is a Nursery one pupil was reportedly abducted on Saturday, Nov. 13. 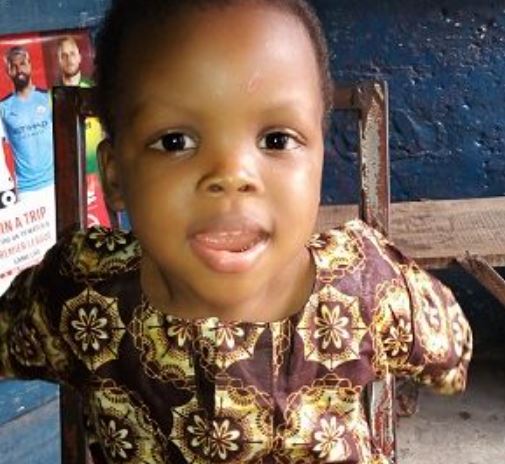 A 3-year-old identified as David Ajao has been declared missing after he was last seen playing in front of his father’s shop at Dabara Street in the Apongbon, area of Lagos.

The toddler, who is a Nursery one pupil of St. Joseph Nursery and Primary School, was reportedly abducted on Saturday, Nov. 13.

The boy’s mother, Airat Ajao, had left him and his older sister Daniella at their dad’s shop before leaving for her own shop.

The boy's father, Mr Gbade Ajao, said he noticed the boy had gone missing at about 6:30pm.

He said: "He just finished eating biscuits when he said he wanted to go play and I let him. I saw him playing right in front of the shop with some other kids in the street before I slept off in the shop.

"I was still sleeping when his sister, Daniella, who had just got back with their eldest sister from where they went to get fuel woke me up and asked me about the whereabouts of her brother."

Mr Ajao called on Lagosians and the police to help bring back his son.

Police spokesman Adekunle Ajisebutu said they will do everything possible to find the missing child.