''Let Me Enjoy My Vanity Before I Die'' - Bobrisky Tells Troll


The male barbie replied the IG user after she stated that his cars are all vanities. 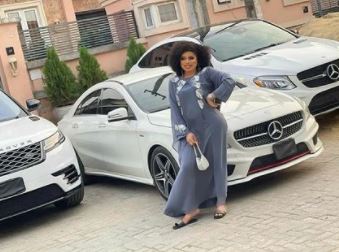 Controversial crossdresser, Bobrisky has fired back at an Instagram user who slammed him for showing off his exotic cars.

He shared the photo above on his social media with the caption;

''Let me show off small..its been long

Which one should I drive out bayi ?

A displeased IG user declared that his cars were all ''vanities.''

Bobrisky spotted the comment and gave an apt response.

See their exchange below... 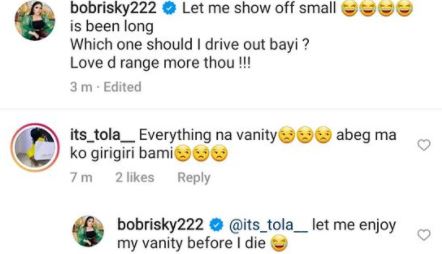