According to the panel, the protest was “very peaceful on all the days, including the 20th of October”. 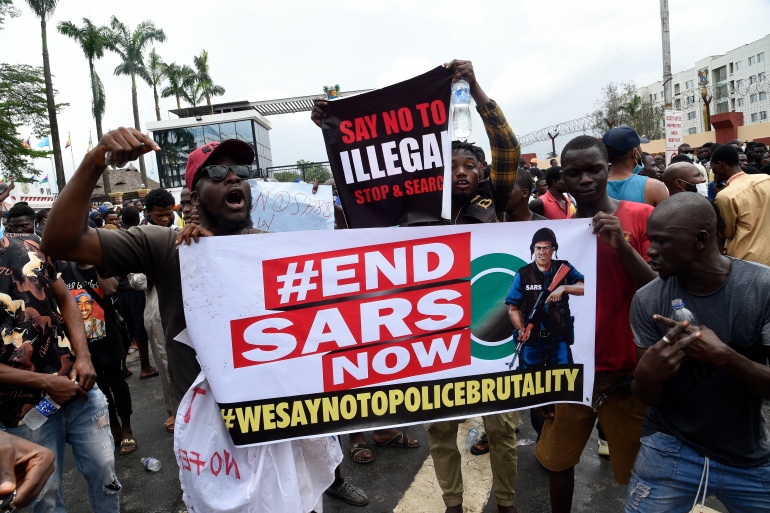 The October 2020 #EndSARS protest at the Lekki Tollgate was not hijacked by hoodlums, but it was disrupted by the army.
The Lagos State Panel on Restitution for Victims of SARS-Related Abuses and Other Matters said this in its report submitted to the goverment of Lagos state.
The report said the protest was “very peaceful on all the days, including the 20th of October”.
“In trying to justify the deployment of the army, its principal witness before the panel, Brigadier-General Taiwo, stated that once a protest goes past 2-3 days, it will be hijacked by hoodlums. The panel finds that this proposition was not substantiated. The EndSARS protest at Lekki Tollgate, in particular, was peaceful and orderly and was not hijacked by hoodlums,” the report reads.
“The Panel finds that the mayhem and violence recorded in other parts of Lagos State did not happen at the Lekki Tollgate, so there was no need for any apprehension on the part of the government or the security agencies to seek to dispel that peaceful assembly, with soldiers bearing lethal weapons.”
“The deployment of the Army to Lekki Tollgate on 20/10/2020, in the absence of any reported violence, was totally unwarranted.”
In a 309-page report submitted to Babajide Sanwo-Olu, the Governor of Lagos State, on Monday, the panel admitted that soldiers shot blank and live ammunition at armless protesters with the intention to kill and maim them.
Top Stories