The actress can be seen in the video scolding the young boy who arrived at the location from school. 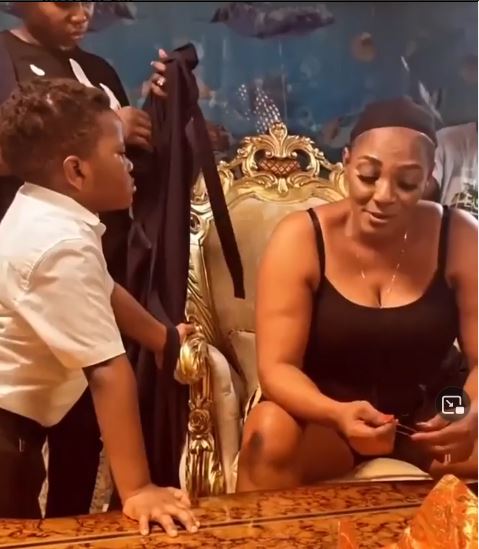 Tina Mba and her grandson

Veteran actress, Tina Mba was spotted in a viral video cautioning her grandson after he arrived at a movie set and failed to greet her colleagues.

The actress is seen in a video getting set for a shoot when she begins scolding the young boy who had at arrived the location from school, still wearing his school uniform.

She asks him in pidgin why he didn't greet her co-stars and who he's taking after with such behaviour.

She then orders the boy to greet every adult in the room.

After he does that, she tells him, "now you're my grandson" then hugs him.