Update: IT Expert Apologizes After He Was Called Out For Propositioning S3x To Female Applicants


Chizom has apologised for his behaviour but denied asking the ladies for s3x. 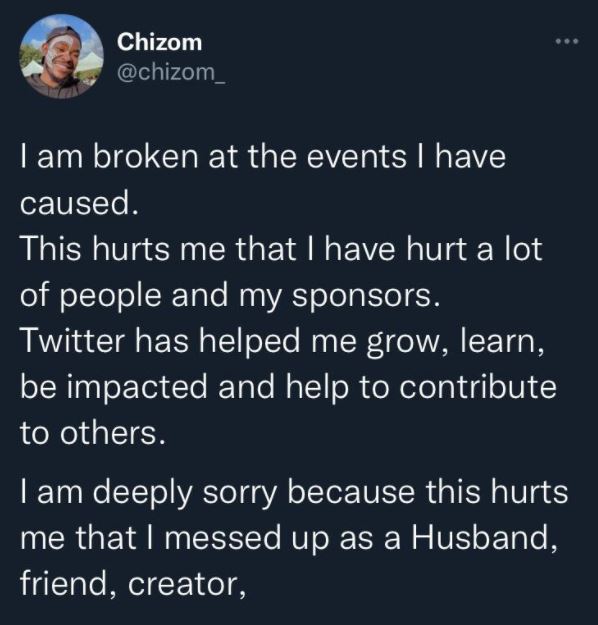 Chizom, the IT expert who was paid by Don Jazzy to teach 100 Nigerian youths coding has apologised after he was accused of propositioning s3x to female applicants.

We had earlier shared a report of EndSARS frontline, Moe Odele, calling Chizom out for allegedly propositioning s3x to a female applicant of a scholarship program.

Music Executive Don Jazzy had paid N1.5 million to Chizom as sponsorship for him to coach 100 Nigerian youths coding. Those interested were asked to contact Chizom for an interview and admittance into his program.

Moe in her Twitter thread alleged that Chizom, who is a married man, was propositioning s3x to a 22-year-old lady who had contacted him as regards the scholarship programme.

Another man also buttressed Moe's claim by showing chats Chizom allegedly had with his girlfriend after she reached out to him to inquire about his coding program. Read here.

Well, Chizom has now reacted to the claim. Reacting via his Twitter handle, Chizom apologised for his behaviour but denied asking the ladies for s3x.

See his tweets below; 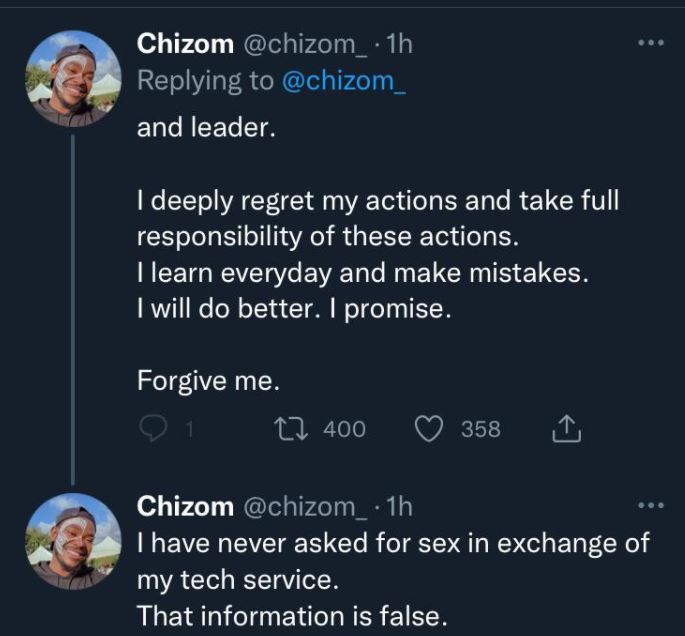