The DG lamented that the Corps employers sometimes don’t assign the Corps Members the roles which were befitting as graduates. 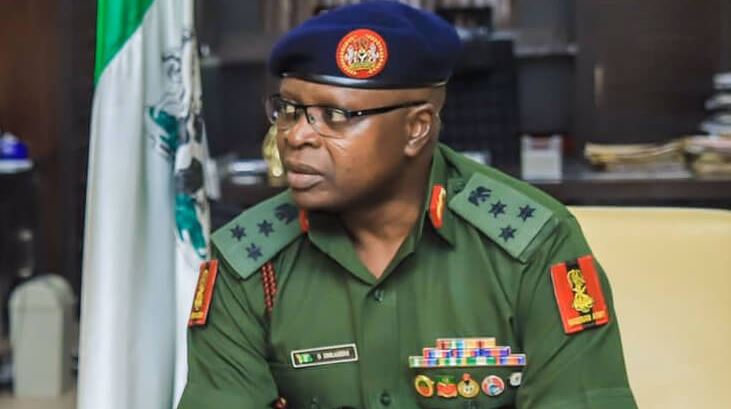 Brig-Gen. Shuaib Ibrahim, the Director-General (DG) of the National Youth Service Corps (NYSC), has appealed to employers to treat corp members deployed to their organisation as permanent staff.

Ibrahim, represented by the North West Area Office Director of the scheme, Hajiya Zainab Isah, made the plea at a 2021 NYSC Corps employers workshop held on Wednesday in Kaduna.

The theme of the workshop was ‘Optimising the NYSC Corps Employers Partnership for National Development in the Context of the New Normal’.

Ibrahim lamented that the Corps employers sometimes don’t assign the Corps Members the roles which were befitting as graduates.

“Some of the Corps employers give the Corps Members too much workload and they hardly allow them to go on a break”.

The DG, however, noted that the scheme would monitor and stop such kinds of attitudes by Corps employers.

“Employers should treat the Corps Members as their own permanent staff as they are also their responsibilities during the course of the national service.

“The health and well-being of the Corps members are very key as that of permanent staff in any organization, they must take care of them to complement the scheme in trying its best in ensuring their safety and health.

“The scheme is doing its best financially and otherwise to take care of the Corps Members, detaching the Corps Members from their biological parents automatically goes down to the NYSC staff and Corps employers from assuming the roles of their parents,” the DG said.

He further cautioned the Corps employers on delay in applying and not applying at all for the services of Corps members and expecting them to be posted.

He also frowns at the increasing rejection of Corps members; aiding them in stage-manage their own rejection, delaying in issuing monthly clearance to deserving Corps members, and aiding their abscondment.

Earlier, the State Coordinator of the scheme, Alhaji Isah Wana, said the achievement of the scheme’s objectives could only be sustained through the collective efforts of all stakeholders, including the managers of the Corps members.

He said the workshop was aimed at obtaining feedback from the strategic stakeholders on the strength, weaknesses, and potentials of the scheme as well as chart ways of strengthening its operations.