Kadiri who has been at loggerheads with the Speaker, Hon. Olakunle Oluomo, over his impeachment, said he would want the Speaker to explain how his signature was forged to withdraw money he knew nothing about. 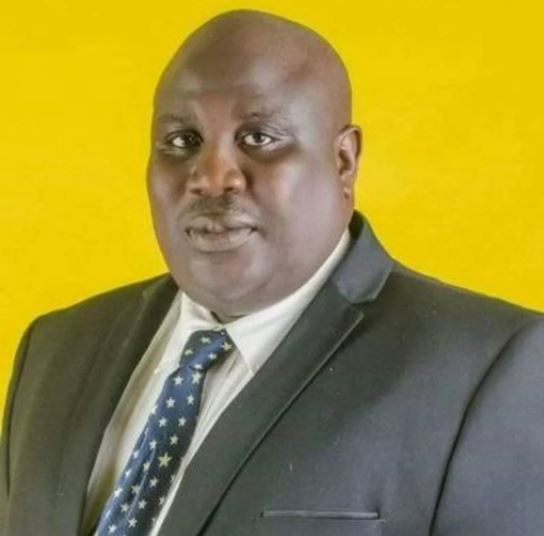 Hon. Dare Kadiri, a former Deputy Speaker of the Ogun State House of Assembly, has lamented that his signature was forged to withdraw up to N50 million from the Assembly’s bank account, Daily Post reports.

Kadiri who has been at loggerheads with the Speaker, Hon. Olakunle Oluomo, over his impeachment, said he would want the Speaker to explain how his signature was forged to withdraw money he knew nothing about.

According to him, the documents sighted by him when he was invited to the Lagos office of the Economic and Financial Crimes Commission (EFCC) on Monday showed that his signature was forged to withdraw millions of Naira for foreign trainings and seminars he did not attend.

Speaking in an interview with newsmen, Kadiri said, “I saw a report online recently and attached to it is a document with my signature. Like two to three days later, I got a call from the EFCC asking me to come. I went there on Monday.

“I know the EFCC is investigating the house. I was impeached because I was asking questions, and I felt the Speaker was not open about the accountability of the house. When I was the deputy speaker, I didn’t know all about the finances of the house, the amount the executive was giving us; I didn’t know about our running cost. The Speaker removed me from all committees in the house, I don’t belong to any committee anymore. Yet, I didn’t talk.”

On what he saw at the EFCC office in Lagos, the lawmaker said, “What I saw online was just two documents. I saw bundles of documents at the EFCC office with my signature forged on it; a very big Ghana-must-go bag with my fake signatures and other members’ signatures. They claimed that I collected money like N2million, N400,000, N3million, N4million, N1million at different times in the last two years. They said I went for foreign trainings, I went for seminars, slept in hotels. Which foreign training? Since I came, I have never been to any training or seminar and I didn’t sign any document.

“The money they said I signed was an average of 50 million Naira. It can’t be less than that for my own alone.

“At the EFCC, I saw other members’ signatures. But, I can only speak for myself. I saw all the signatures but I can’t say if theirs were forged or not. I won’t say that their own were forged, but mine was forged.”

Asked to say in clear terms, who he would allege to have forged his signature, Kadiri retorted that: “The Speaker should be able to answer the question because he is the chief officer of the house. Everything goes through him. So, it’s Mr Speaker that I will allege, probably with some other people, but I don’t know. He was the one that took the documents to EFCC, so he should be the one to tell us. That’s the question I want to ask when I go back to the office on Tuesday that, who forged this signature? I will speak for myself, I don’t know about other people. EFCC said they will be calling others at the appropriate time.

“Normally, our monthly maintenance allowance comes into our accounts. So, I can only be responsible for the money paid into my account. All the money being alleged was released in cash through the banks. So, the Speaker should be able to explain how he was using my signature to go and collect money in the bank.”

He debunked the allegation that he was in a secret alliance with former Governor, Ibikunle Amosun, saying “I’ve heard on several occasions that I’m working for the former governor, Senator Amosun, that he is the one sponsoring me. The last time I saw Senator Amosun was when he was the governor. I have a lot of respect for him and what he stands for and I can’t write my story without mentioning his name. He brought me into politics, he came to invite me in 2010 to come and build Ogun State and we did. But, I don’t believe in camps. I’m loyal to the party leader in Ogun State which is Prince Dapo Abiodun. I’m loyal to my party, and not to anybody. I’m an APC man, nobody brought me to APC.”

In his reaction, Speaker Oluomo denied forging Kadiri’s signature, saying he is not the accounting officer of the house, neither is he in charge of payments.

Oluomo said he had already pressed charges against his former deputy for allegedly calling him a thief, adding that the latest allegation of signature forgery would be joined to his case.

The Speaker added that the burden of proof is on Hon. Kadiri, saying the Ogun State Assembly did not have N50million.

“Thanks, that is not true. I am not the accounting officer of the House and not in charge of payments. Besides, you recall sometimes ago after his impeachment by 19 out of 26 members, he called me a thief in a video; that is already in court.

“Maybe when I see this one somewhere also, I will join it with the one in court as I have already sued him and his media collaborators.

“Finally, the onus is on him to prove that. The House doesn’t even have that type of money,” Oluomo replied.