Over 45 Killed In Bulgaria Bus Fire


A senior interior ministry official confirmed that children were among the dead. 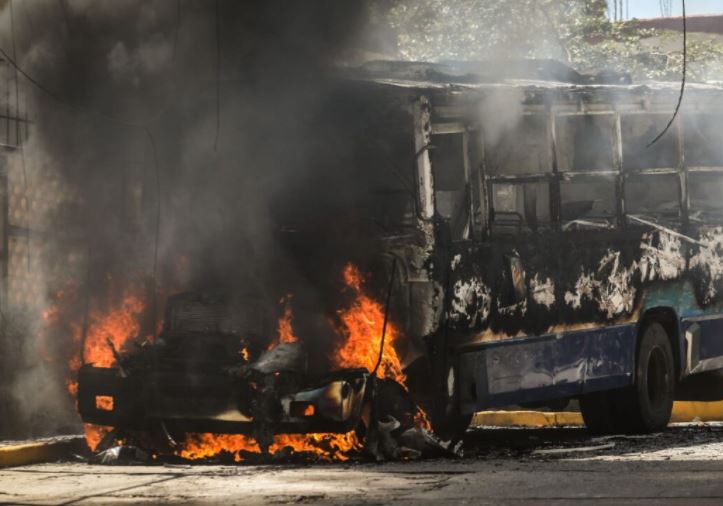 Over 45 Killed In Bulgaria Bus Fire


Over 45 persons including 12 children have been confirmed dead after a bus caught fire on a highway in western Bulgaria early on Tuesday.

A senior interior ministry official confirmed that children were among the dead and seven people, who had jumped out of the burning bus had been taken to hospital for treatment in the Bulgarian capital, Sofia, with burns.

The incident happened on the Struma Highway, 28 miles west of Sofia, at around 2am local time, and either the "bus caught fire and crashed, or crashed and then caught fire", Nikolai Nikolov said.

There were 53 people on board the bus, it added.

Most of the victims were tourists from North Macedonia, an official from the country's embassy told BTV.

They were on their way back to Skopje, the capital, after a weekend holiday trip to Istanbul in Turkey, said North Macedonian Foreign Minister Bujar Osman. 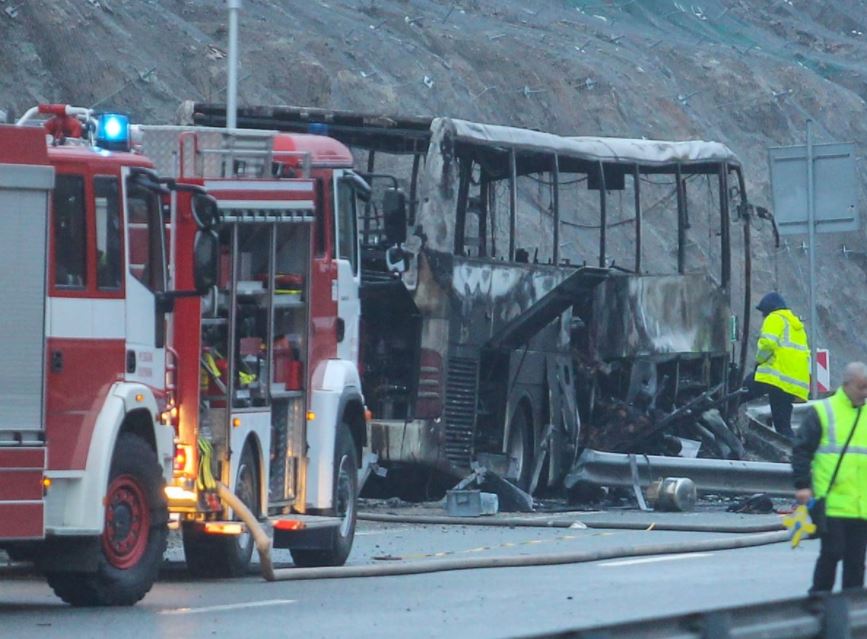 "People are clustered inside and are burnt to ash," said Bulgaria's Interior Minister Boyko Rashkov.

"The picture is terrifying, terrifying. I have never seen anything like that before," he told reporters at the site.

The cause of the incident is unclear, but Bulgarian officials said the bus appeared to have struck a road barrier either before or after it caught fire.

Bulgarian investigative service chief Borislav Sarafov said either there had been a "human error by the driver or a technical malfunction".

Footage showed the burnt-out bus charred and gutted by the blaze, surrounded by firefighters and emergency crews who had rushed to the scene which was sealed off.

"I am terrified. This is such a huge tragedy," North Macedonian Prime Minister Zoran Zaev told BTV.

Representatives from Macedonia's embassy visited the hospital where some of the victims were taken, according to Bulgarian news agency Novinite.

A hospital official said the survivors receiving treatment were all in a stable condition.

"I take this opportunity to send my condolences to the relatives of the victims," he said.

"Let's hope we learn lessons from this tragic incident and we can prevent such incidents in the future."