According to a Facebook user, the deceased was allegedly shot by a policeman at a checkpoint in Kpanti Napo, near Jalingo on Monday, November 22. 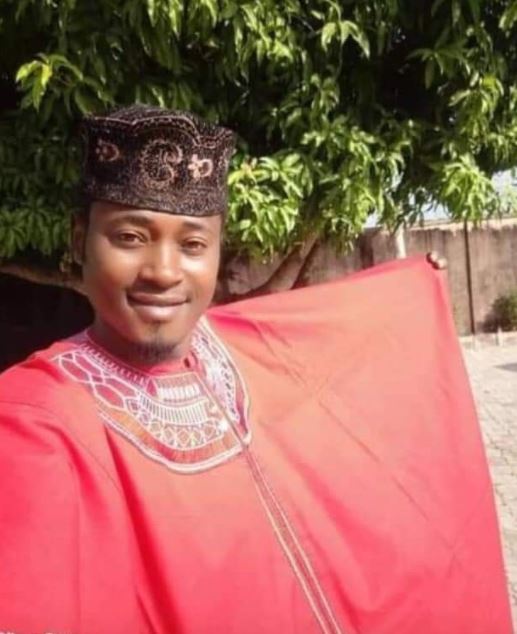 A graduate of the Taraba State University, Jalingo has been allegedly shot dead by a police officer.

According to a Facebook user, Abainitus Akila Hamman, the deceased was allegedly shot by a policeman at a checkpoint in Kpanti Napo, near Jalingo on Monday, November 22.

Details of the incident are still sketchy at the time of this report but it was gathered that the Taraba State University graduate was driving alongside his boss, the Chairman of Lau Local Government Area, when the incident happened.

He was transported to the hospital where he was confirmed dead.

"Oliver Ezra Gone too Soon! He was shot by a police officer at a checkpoint in Kpanti Napo, near the city of Jalingo. Until his death, he was a Graduate Of Taraba State University," Hamman wrote.

He is the Son of one of the pioneer Pastors Of EKAN Muri / UMCN Late Rev. Ezra Barawani. His mother Mrs. Rhoda Barawani is a renowned retire Teacher, and Women Leader in UMC.

OLIVER Ezra was brutally killed for nothing. He was driving alongside the executive chairman of Lau LGA between Lakaviri and Jalingo. He was unarmed, innocent and calm.

Nigerian Police brutality has continued unabated! Instead of them to dealt with the rising criminal element in the society, they kill innocent Nigerians.

"The police authorities are quiet about the rising criminality of the police on our roads and other public places. Most of our officers are Drug addict and work under th influence of illegal substances. Taraba Youths Must demand justice."

Meanwhile, friends, collaegues, youths and many others have taken to Facebook to demand justice for the victim. 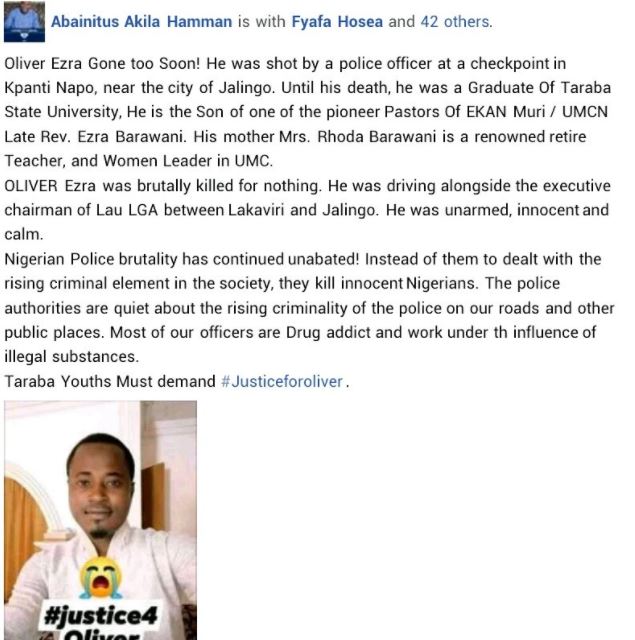 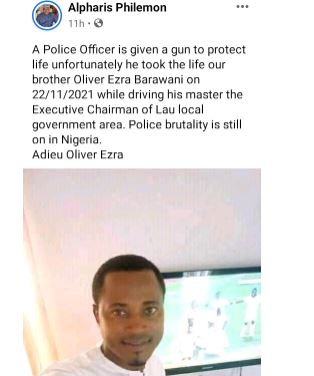