Family members accused Major Moses of denying them access to Maruf, who they claimed has different health challenges due to his age. 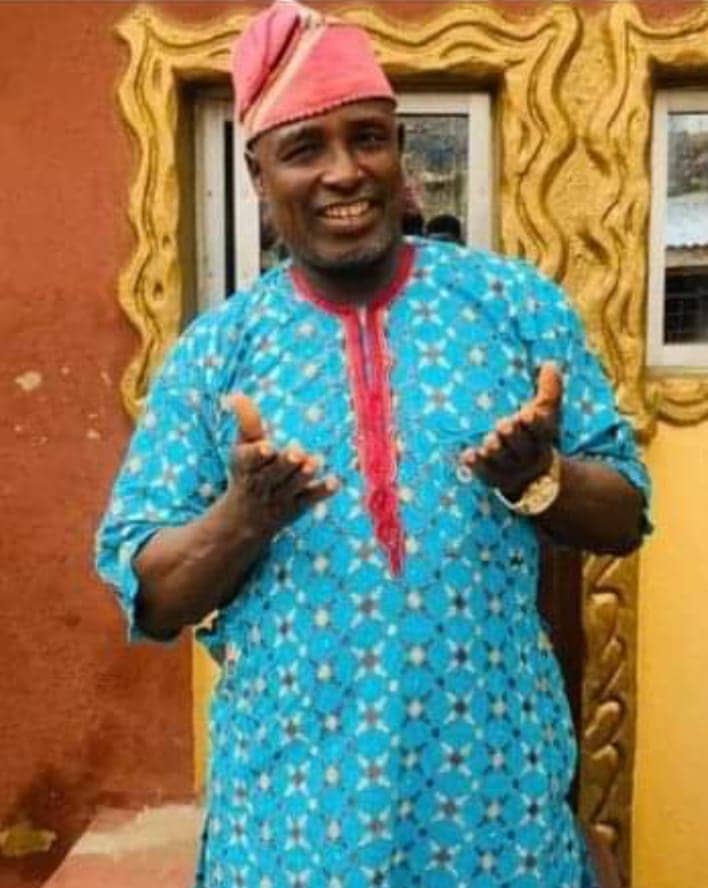 Maruf
Nigerian soldiers have reportedly stormed the home of an Oyo based-man, Alhaji Azeez Maruf and kidnapped him, this is according to his family members.
SaharaReporters gathered that Maruf was forcefully taken away from his residence at Alhaja Sara Street, Cele area, Oyo town on Thursday, November 18, 2021 by the soldiers led by one Major Idris Moses.
Family members accused Major Moses of denying them access to Maruf, who they claimed has different health challenges due to his age.
They added that they were yet to see or talk to him since he was abducted as the soldiers refused to reveal where he was being held hostage.
The family also said he was tortured by the military officers while being taken away while the reasons for his arrest were not disclosed to them.
“It's a sad day to see the Nigerian army personnel flood our environ at our residence on Alhaja Sara Street, Cele area, Oyo, on Thursday, November 18 2021 around 7:50am in the morning,” his son said.
“The whole drama started when an unknown man from nowhere stood at the back of my dad’s car parked outside the house. He noticed that one man was standing behind his car and went out to check for security purpose. When he got out, he noticed they were now two and then had to challenge them to know what they were looking for.
“After he asked them who and what they were looking for, the duo replied by trying to force him in with his towel being wrapped on his body, he told them he would be going with them, but that they should allow him to change his towel to normal cloth wherein his relatives who were around already intervened to allow him change his cloth. So those men said my dad’s attention was needed for interrogation.
“Furthermore, in a twinkle of an eye, one of them made a signal and we noticed many buses full of army operatives. We pleaded with them to allow one of his relatives to follow them to at least know his whereabouts of which they agreed.
“Upon the agreement, he was taken to Operation Burst Office in Oyo town, where they signed out and told me I could not go with them to the next location they were taking him to. Without much hesitation, I quickly put a call through to my brother which in turn reached out to some of his friends.
“They all met us at the scene. It should be stated that before taking him to an unknown location, he was handcuffed, blindfolded and put inside the Golf car before they zoomed off with the operation Burst Oyo personnel escorting them.
“To my surprise, he was brought home that day around 10:45pm asking him to go and bring his smartphone which was handed over to those security personnel. Ever since that day we have neither been able to see him nor talk to the breadwinner of our family.
“They have denied him access to his medication. Let it be on record that the act by the Nigerian Army in connivance with the Operation Burst in Oyo Zone isn't in any way different from abduction. It was a broad day kidnapping by men in uniform.
“The soldiers should understand that even if they are men in uniform, the process, method and mode of operations by the Nigeria Army is unconstitutional and inhumane. How an earth will a Nigerian citizen be bundled up from his house without any clear-cut location? How will a man who committed no offence be taken away with his face being blindfolded for more than 4 days? What crime has he committed to that level that what the Nigeria Army felt they can do is to molest a harmless civilian? My dad is a responsible person and he is a peace lover, the Nigerian army should follow all lawful means. Should anything happen to him the Nigerian army should be hold responsible.” 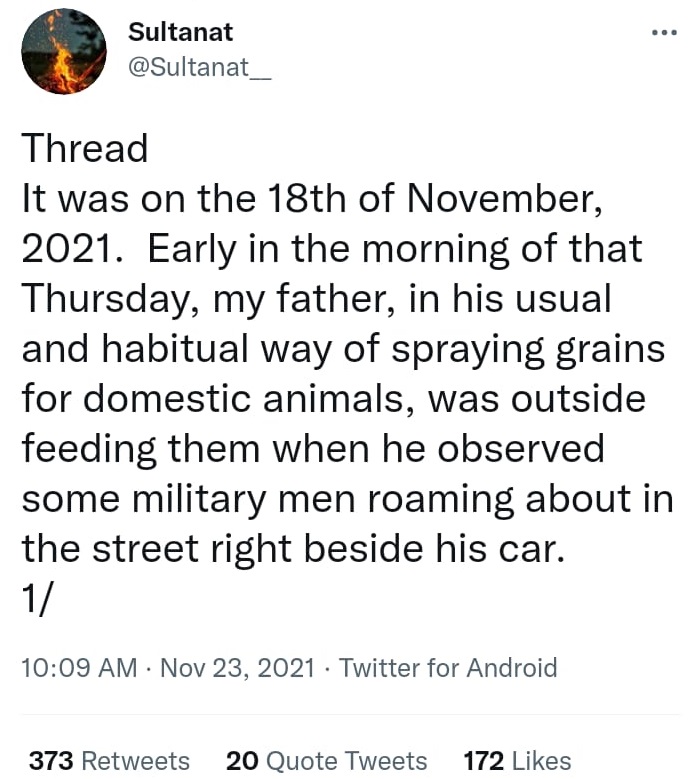 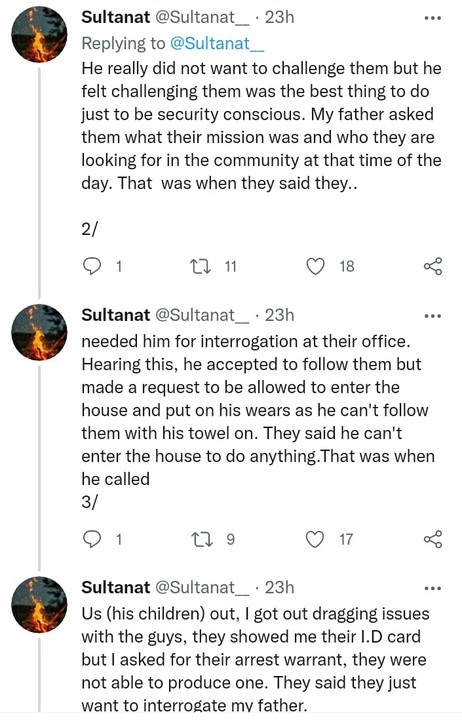