The Public Relations Officer of the Command, Daniel Adigun revealed that the suspects were apprehended by personnel of the command after a formal complaint by the victim, Hamzat Tajudeen. 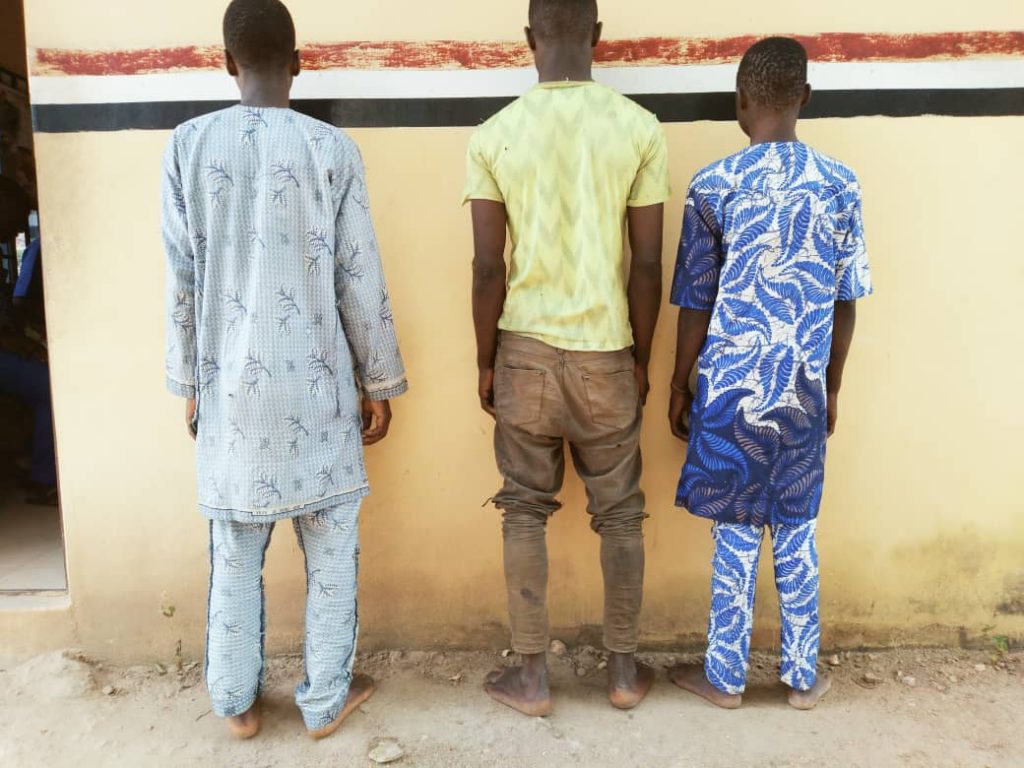 Daily Post reports that the Osun State Command of the Nigerian Security and Civil Defence Corps (NSCDC) has apprehended the trio of Oyejola Ismail, Awoyinka Ridwan and Aderemi Jelili for burglary.

The Public Relations Officer of the Command, Daniel Adigun in a statement made available to DAILY POST revealed that the suspects were apprehended by personnel of the command after a formal complaint by the victim, Hamzat Tajudeen.

In the statement, Adigun stated that Tajudeen in his official complaint on Monday, November, 22, disclosed that the crime which occurred a week earlier on Sunday, November 14, saw the suspects carting away materials worth thousands of Naira from his shop.

The three suspects who are aged 20, 15 and 44 have since made confessional statements.

Oyejola and Awoyinka in their confessions, revealed that they had burgled the shop around 6am on the said day and made away with three electric motors, three generator parts, four welding machines and a drilling machine.

They stated that the items were sold to Aderemi Jelili who is specialised in the purchase of scrap metal.

Aderemi Jelili, however, denied knowledge of the duo but admitted that he only bought condemned socket and chain from them.

Adigun explained that investigation was still on to ascertain the extent of involvement of the trio in order to get enough evidence and charge them to court for conspiracy, stealing and trespass.