The final year student of Ebonyi State University (EBSU), Abakaliki, speaks on her passion for acting, challenges and future in the industry. 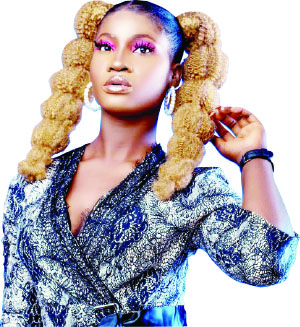 Jennifer Ogbonnaya, the Nigerian actress who is better known as Chizzyjane is an Ebonyi-born Nollywood star.

The final year student of Ebonyi State University (EBSU), Abakaliki, speaks on her passion for acting, challenges and future in the industry. Here are excerpts:

Tell us briefly about your background?

I am Jennifer Chioma Ogbonnaya, popularly known on social media as Chyzzijane. I am a final year student of Industrial Chemistry in Ebonyi State University, Abakaliki. I was born on July 28, 1999. I hail from Okposi in Ohoazara Local Government Area of Ebonyi State, though I was born and brought up in Lagos. I attended Rising Sun Children School and Rising Sun High School, Lagos.

Actually, I started acting while I was in secondary school. I started from stage drama and the passion kept growing and up till now, the passion is still very much intact, and the experience so far has been amazing. Unlike some teenagers with whom I started acting at the same time in school, I was bold and sharp, with no iota of shyness. I believe acting is in my DNA.

How do you determine a good role?

Once a script is given to me, I go through it and see the importance of the role; once it’s an important role with lots of lessons, I go for it. So, as far as the role does not make me deviate from my moral standard… I go for it because that’s what brings about versatility and creativity.

I started acting for the screen professionally in 2019 and I have featured in quite a number of Nollywood movies. Some of them include Shattered Dream, Wisdom of the Gods, Daughter of the Sea, My Painful Decision, and The Kingdom. Currently, I am working on the movie titled, Storm of Destiny. Trust me, it’s a film Nollywood fans will love to watch.

How would you describe your experience in the industry so far?

The experience has been bitter and sweet. Of course, as a starter, I expect such experience. But surely, I will go fully into acting after my graduation. So, expect to see more of me on your screen.

How did your parents react to your acting interest?

The truth is that God has blessed me with amazing and supportive family. My family, especially my mom is my number one and biggest fan. Even when I was younger, my mom would always ginger me, and before I went up the stage, she would always smile at me and whisper to my ears you are a star, so go up there and make us proud. Usually, these words lighten me up, and even till date, they keep ringing in my ears.

Who are your role models?

As a growing actress, most times after the stage performance in school or somewhere else, many would walk up to me, telling me how good of an actress I was. It got to a point when I started getting remarks like ‘you look like Mercy Johnson’,  ‘you act like Mercy Johnson’, and Mercy this, Mercy that. So, this made me wonder who Mercy Johnson was. At a point, I decided to do some research about her. I watched some of her movies and I was wowed. I felt so honoured to be likened to an amazing talent like Mercy Johnson, because her versatility and creativity is topnotch, and her humility is something to learn from. That’s how she became my role model.

Have you experienced sexual harassment since you came into Nollywood?

I have heard a lot from people about sexual harassment in Nollywood, but thankfully, I have never experienced it. I think first impression matters; if you always appear half-dressed for auditions, shootings and Nollywood meetings, you might end up seducing people with your dressing; they will end up coming for you, asking for your body and when you don’t play ball, they will look for a way to get it at all costs. And knowing full well how much you want to continue acting, they will use that as an advantage over you.  Don’t get me wrong, I am not saying that as a lady you shouldn’t dress well; what I am saying in essence is that you should dress the way you want to be addressed. It all depends on the mind. Some ladies will go into Nollywood with the mindset of using what they have to get what they want, and when they get used and dumped, they start looking for who to blame, claiming that the system is only interested in your body.

Tell us about your challenges, if any?

One of my biggest challenges was how to manage acting and my studies. As a science student, sometime I get acting role, but because I have a practical lecture to attend, I would forgo the movie. Other times, I would miss lectures and go for shooting and when I return, I’d do series of midnight reading in order to make up for the lost days.

Sometimes, I go to locations without being paid, I go home empty-handed with assurance that better days are coming. There was a time I had to use my pocket money as transport fare to a location in Asaba, and after the shooting, I had no money left with me, I had to manage for days before my parents sent me some money. The truth is that it has not been easy, but God has been with me.

What message do you have for your fans?

I will continue to work on myself, give room for growth and creativity. I’ll definitely make it, and make many that believe in my craft proud.