The local government headquarters, operating in a former comprehensive health centre in Eda Oniyo for the past two years, is a very good example of how a work environment should not be. 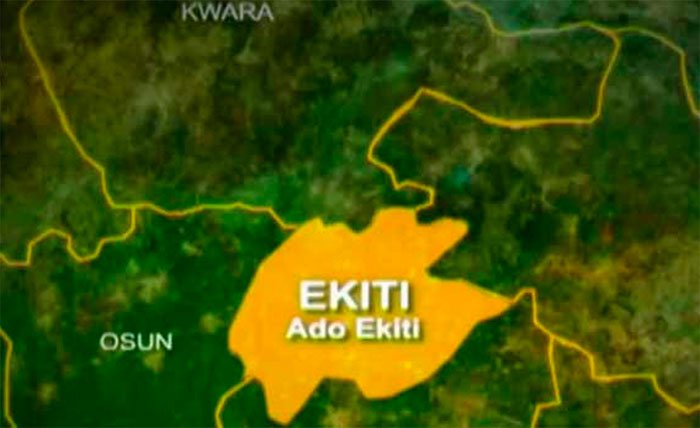 It has been reported that this are not the best of times at all for workers as well as  elected and appointed political office holders at the Eda Oniyo headquarters of Ilejemeje Local Government area of Ekiti as they have for the past two years been going through hell.

According to a report by The PUNCH, the local government headquarters, operating in a former comprehensive health centre in Eda Oniyo for the past two years, is a very good example of how a work environment should not be.

At the outside, it is an unkempt environment like an abandoned building, just as the inside tells worse stories as workers are cramped up in the passage  that serves as their office. A fairly spacious rough room, used as the Legislative Chambers where the elected councilors have their session is in a shambles.

Worse still is the fact that the local government headquarters  and the works department which operate from a bushy compound on the other side of the road do not have a single toilet as workers take pride in the practice of open defecation in the surrounding bushes.

The shades of the trees at the Works Department serve as preferred offices for some workers from the secretariat and the annex (Works Department) as benches are permanently under the trees.

Workers, who spoke on the condition of anonymity, said seeking refuge under the trees was better than the conditions available in the offices either in the secretariat or Works Department.

A worker said, “This place (under the trees) is where we are except when it rains. It is better here. You get fresh air and you do whatever you have to do. Inside there, there are no enough spaces, it is a small building as you can see, but we are hopeful the needful will be done one of these days.”

Another, who complained that there was nothing to show that there was any plan for the LG headquarters. said, “Imagine, we have been under this condition for over two years and there is no improvement, rather things are getting worse. Even the grass and bushes in the compound cannot be cleared. That is how bad things are.

“It is the bush around that we use as toilet. There is no single toilet here. I think it is political because nothing has been done here since the headquarters was relocated here over two years ago from Iye Ekiti, but we are not supposed to be the victims of their politics and muscle flexing,” the female staff said.

The Supreme Court had in its verdict on December 14, 2018 declared Eda Oniyo as the legally recognised headquarters of the Ilejemeje Local Government and consequently ordered the relocation of the headquarters from Iye Ekiti where it had been illegally to Eda Oniyo.

The National President, Eda Oniyo Progressives Union, Dr Rufus Ajayi, who shed light on what culminated in the Supreme Court judgment, said that Decree Number 36, Vol. 83 of 1996, which created Ekiti State and some others, made Eda Oniyo the lawful headquarters of the Ilejemeje Local Government Area.

He said, “But three months into its creation, one military administrator through a radio announcement, claimed the headquarters has been relocated to lye Ekiti. The judgment came after legal battle spanning over 20 years following relocation by the military government of the local government headquarters from Eda Oniyo.

“The implementation of the Supreme Court judgment began with a pronouncement by the state government on October 21, 2019 ordering the movement of all instruments of office from Iye to Eda Oniyo.”

Ajayi said, “Yes, we have the headquarters in Eda Oniyo today, but the accompanying facilities are still missing. The community has not felt the presence of both the state and federal governments in the provision of infrastructure to befit our status.

He said that the community had made available to government large expanse of land, already surveyed and cleared for building of the LG secretariat, adding, “We appeal to Governor Kayode Fayemi to ensure that this project sees the light of the day during his tenure”.

The lack of infrastructure and agony of the local government workers also caught the attention of traditional rulers in the council area as they appealed to the federal and state governments to come to their aids to address the infrastructural gap.

The monarchs – The Chairman, Ilejemeje Local Government Council of Traditional Rulers and the Elewu of Ewu Ekiti, Oba Bamidele Adetutu-Ajayi; the Eleda of Eda Oniyo, Oba Julius Awolola; the Onipere of Ipere Ekiti, Oba Omiyale Olufemi; and the Onijesa of Ijesamodu, Oba Aderemi Daramola, lamented the sorry state of worker’s condition at the council headquarters.

Their chairman, Oba Adetutu-Ajayi, said that it took almost a year for the state government to implement the Supreme Court verdict that ordered relocation of the headquarters from Iye Ekiti to Eda Oniyo.

He lamented that when people had thought the government would use the period to make arrangement for the seamless take off of the headquarters at Eda Oniyo, the total neglect of the place over two years after had proven there was no plan.

The traditional council chair said, “To be precise, on October 21, 2019, the state government asked the local government headquarters to move down to its original place which is Eda Oniyo.  The order was complied with on the October 25 2019.

“Virtually nothing is on ground till date. No structure, no building, except the staff. The accommodation provided by the host community, Eda Oniyo, could not take or accommodate all the staff. The innocent staff are functioning under trees which should not be.

“Ilejemeje is one of the 774 local governments the gazette of the Federal Government recognizes. People passing will not see anything to show that we have local government headquarters at Ilejemeje.

“We are appealing diligently, wholeheartedly to the government of Ekiti State to please come to our aid. We need infrastructure to show that the local government headquarters is real at Eda Oniyo Ekiti.

“The Supreme Court has spoken and the state government implemented that judgment by ordering the headquarters to move to Eda Oniyo. We will be grateful if the government can bail the staff out by building infrastructure for Ilejemeje LG headquarters.”

The Eleda of Eda Oniyo, Oba Awolola, who corroborated Oba Adetutu-Ajayi, said, “One will think that lack of funds contributed to this, one will at the same time say that if the government really has Ilejemeje LG in mind, something ought to have been done by now even before relocating from Iye Ekiti to Eda Oniyo.

“The government came around asking for land, we did not ask for compensation, we donated the land, did the survey and cleared it for Ilejemeje LG headquarters. We will not know any reason the government should not have done something.

“The government has been building and renovating schools, road infrastructures here and there, but nothing was done on the secretariat, probably because we have been too quiet. We have written more than six letters to the state government, no response. I even booked appointment with the governor about three times, no reply up till today,” Oba Awolola said.

Just as the Elewu said traditional rulers in the council would still visit the governor so that the Fayemi administration could have footprint at the local government secretariat before its 2022 exit date, the Eleda said the obas and their subjects “will continue to be law-abiding and go about our demand legally and in civil manner”.

The Chairman, Ilejemeje Local Government, Oladunjoye Akinola, who said workers had been managing, said the state government was aware of the situation of the LG secretariat and the plight of the workers, said paucity of funds had been the problem.

Akinola said, “We are on it. The Department of Works has raised a memo, we sent it to the state and we are waiting for approval. The state government knows the plight. The governor knows the plight of Eda Oniyo, we have discussed it. It is because of the paucity of funds, but they are working seriously on it.

“As you know our governor, he has been doing tremendous work for us here. We hope the approval will come very soon”.

Also speaking, the Commissioner for Local Government Affairs, Prof Adio Folayan, who urged people of the council area to manage what they had in view of the paucity of funds accruable to the state, assured that the people’s demands would be met gradually.

Folayan said protest was not the way out, saying, “I think they should know the normal approach. They have to book appointment and let us see. It is not as if the local government did not have infrastructures on ground, but the relocation of the LG headquarters to Eda Oniyo does not phase out all the structures on ground.

On when work will begin on the land donated by the community, the commissioner said, “I think we better see one on one. Let them come to the secretariat, let them arrange a meeting, every other locality that has one problem or the other should come and dialogue with the government rather than protesting here and there.”