The prophetess is accused of allegedly manipulating and sleeping with her son’s 12-year-old friend. 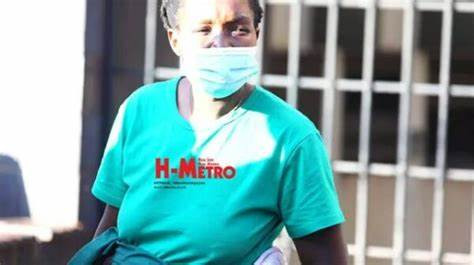 Prophetess Rose Friday
A 36-year-old self-acclaimed Prophetess has found herself in trouble after being arrested and arraigned for allegedly sleeping with her son's 12 year-old friend.
It was gathered that Prophetess Rose Friday from Zimbabwe was arrested and arraigned before Harare magistrate Dennis Mangosi, on charges of aggravated indecent assault and theft.
The Zimbabwean woman is accused of allegedly manipulating and enticing her son’s 12-year-old friend to steal money from his parents. The money the juvenile stole was then used to pay for the sexual favours his friend’s mother was granting him.
The incident occurred when the minor went to play with Friday’s son at the latter’s residence. It was gathered that minor's mother is a forex dealer, and the alleged predator asked him to steal US$20 in exchange for something special. When the juvenile returned with the US$20, Friday pushed him to steal another US$10, which he did.
A few hours later that day, when the juvenile was watching television with Friday’s son, she called him into her bedroom. She allegedly instructed him to return to her bedroom once her son had fallen asleep.
The 12-year-old complied and returned as soon as his friend dosed off. The 36-year-old then sexually abused the minor before ordering him to go back to watch television. It was also alleged that she reportedly warned him on telling anyone about the incident, threatening to do something terrible to him and his family because she is a ‘red-garment’ prophetess.
The theft and sexual abuse was uncovered after the minor was questioned by his mother over the missing money.
Friday’s husband, Kudakwashe David Mugabe (27), was also arrested and charged with obstructing the course of justice after he allegedly threatened to assault the minor over the allegation he made against his wife. The threats were delivered in front of police officers.
Under Zimbabwean criminal law, women cannot be charged with rape. According to Section 65 of the Criminal Law (Codification and Reform) Act [Chapter9:23], r$pe is a crime that is committed by a male person who has non-consensual sexual intercourse with a female person and involves penile penetration. The maximum possible sentence for rape is life imprisonment.  Critics have called for this law to be reformed and for the definition of rape to be widened.
Women can only be charged with indecent assault or aggravated indecent assault in the country. Aggravated indecent assault has the same penalties as r$pe although some magistrates can be lenient when it comes to sentencing.
Rose Friday was denied her bail by the magistrate, but was instead advised to apply for bail at a Zimbabwean High Court.
Top Stories