In a statement by the British Deputy High Commission Lagos, Laing said the UK took the decision in order to protect the public health. 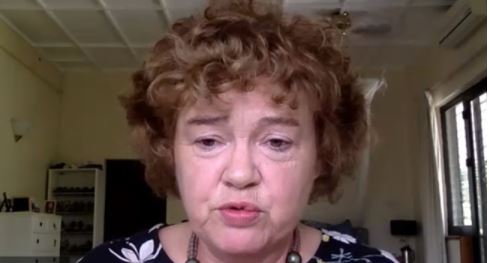 Liang
Following outrage that greeted UK adding Nigeria to its travel ban list, the British High Commissioner to Nigeria, Catriona Laing has given an explanation.
She explained why the United Kingdom added Nigeria to the travel red list amid concerns over the Omicron variant.
In a statement by the British Deputy High Commission Lagos, Laing said the UK took the decision in order to protect the public health of its people while the government tries to understand the new variant.
Despite the travel ban, the British envoy explained that the government would work closely with the Nigerian authorities as the world grapples with the COVID-19 pandemic.
She noted that the decision will be reviewed at the three-week review point on December 20.
“This decision is a precautionary measure to protect public health in the UK, whilst we try to understand this new variant,” the envoy was quoted as saying in a statement issued by Ndidiamaka Eze, Press and Public Affairs Officer, British High Commission.
“I know that this decision will have a significant impact on people in both our countries, particularly at this time of year.
“We continue to work very closely with the Nigerian authorities in tackling the pandemic and commend their ongoing work.”
The red list which comes to effect on December 6 means that Nigerians who do not have UK citizenship or residence permit can no longer travel to the country until the advisory is revised.
The Nigerian government has faulted the decision of the UK government, describing it as unjust and discriminatory.
The Minister of Information and Culture, Lai Mohammed, who spoke during a press conference on Monday called on the UK government to rescind their decision immediately.
Top Stories