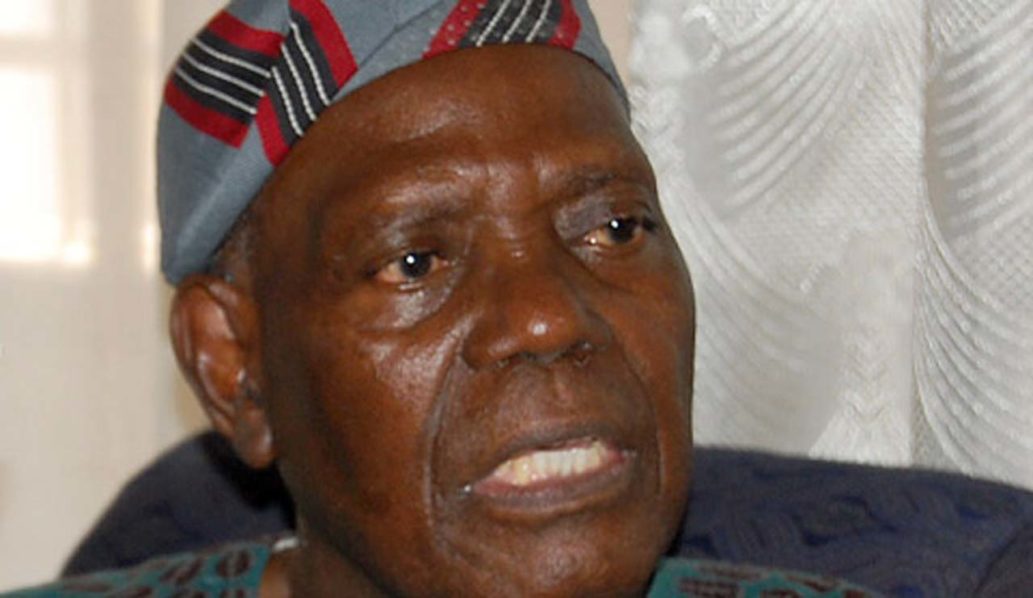 Akande
A former National Chairman of All Progressives Congress, APC, Chief Bisi Akande has said he doesn't sympathise with President Muhammadu Buhari over the security challenges his administration is facing.
According to him, Nigerians who are thieves, fraudsters, cheaters all abuse Buhari because he's the President.
Akande made the remark in his terse address at the Public Presentation of his autobiography, “My Participations,” which had in attendance President Buhari at the Eko Hotel and Suites, Victoria Island, Lagos.
Other personalities on the occasion were: All Progressives Congress, APC, National Leader, and former Governor of Lagos State, Bola Ahmed Tinubu, Governor of Osun State, Adegboyega Oyetola and Speaker Lagos State House of Assembly, Mudashiru Obasa.
Former Ogun State Governor, Gbenga Daniel, Ogbeni Rauf Aregbesola, Minister of Interior, represented by his son, Governor of Kano State, Abdullahi Ganduje, represented by his deputy, Gawuna, Governor of Kwara State Abdulraham Abdulrasak, Ooni of Ife, Oba Enitan Ogunwusi.
Others include Senate President, Ahmed Lawan, Senator Tokunbo Abiru, Senator, Senator Solomon Adeola, representing Lagos Senatorial West, Opeyemi Bamidemi, Governor of Yobe State, Maila Buni, Governor of Ogun State, Governor Dapo Abiodun, Senator Musuliu Obanikoro, Senator Ganiyu Olarewanju Solomon, GOS, Senator Tokunbo Afikuyomi, members of the Lagos State Executive Council, Executives of Bola Ahmed Tinubu supporters Group, Women for SWAGA, Lagos State, a delegation from Osun State, the traditional ruler of Lagos, Oba Rilwanu Akiolu I, represented by White Cap Chiefs, among others.
Akande said: “We (Nigerians) know you love the country, but we want Nigeria to be peaceful, to prosper. We abuse you for everything that is wrong in the country.
“We know we are fraudulent, cheaters and for all the wrongs we still blame you for it. I don’t sympathise with you because you applied for the job.”
Top Stories