The ex-wife of the former minister released a photo of her son to back up her claims about him having a bruise on his forehead. 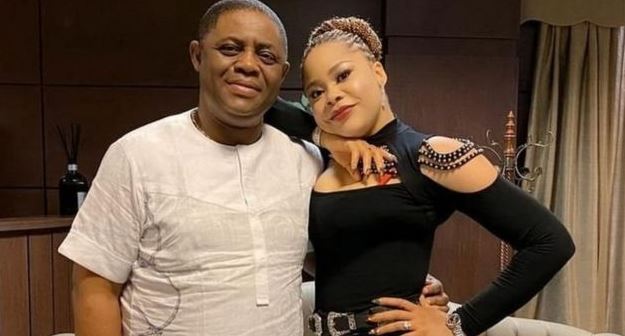 Precious Chikwendu, the estranged wife of Femi Fani-Kayode has fired back at him after he released a statement describing her as someone suffering from bipolar and schizophrenia.

The former couple is currently battling for the custody of their four children. Precious in a recent interview disclosed she hasn't seen her kids since August last 2020.

We reported yesterday that Precious who didn't mention any name in an Instagram post she shared, wrote that "his lawyer just casually threw it that one of my sons has covid whilst having an argument in court as reasons why I won't be allowed access to my kids".

Reacting to this, FFK's lawyer stated that the mother of four is "suffering from bi-polar disorder, clinically unstable, mad as a hatter and is prone to telling monstrous lies and making delusional statements."

Responding to the statement from his lawyer, Precious wrote;

''When you want to make press statements next time mr short fuse, be assured i will respond with pictures and video evidence . You are the one with bipolar.

This is my son Liam and his left face is completely bruised. His lawyer physically insulted me in court yesterday and still unapologetic, i gave it back to him as he had got away with insulting me at the federal high court Apo several times in March, and April whilst i kept mute .

He forgets he is but a messanger. All these aggression came up the moment the panel ruled that both lawyers should sit and fix dates and venue for me to see my kids this holiday.

His lawyer refused to give his office address to my lawyer to enable us send a letter to this effect and that led to the argument that made his lawyer insult me who was minding my business o,over a conversation i was in no way involved in . When the panel inquired what was the reason for the arguments, his lawyer claimed i can’t be granted access as one of the sons has COVID.

Mr short fuse has never been present to any court, be it on custody or customary court hearing since March , yet he is releasing statements in defense of his lawyer.

I am a mother who is only interested in raising her kids and not dragging with a man who sees no value in respecting at least his over hyped past offices and records. Soon you would force me to release videos of the much damages you did. 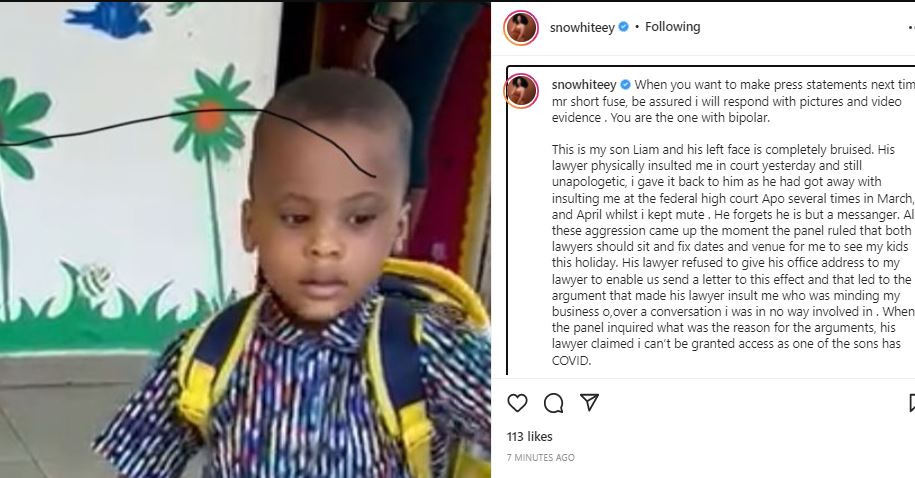