Dr. Dre Throws Party To Celebrate Being Divorced After 21 years Of Marriage (Photo)


On Thursday night, December 9, Dre’s friend Breyon Prescott shared a photo of the hip hop mogul in front of huge silver balloons with the words ‘Divorced AF.” inscribed on it. 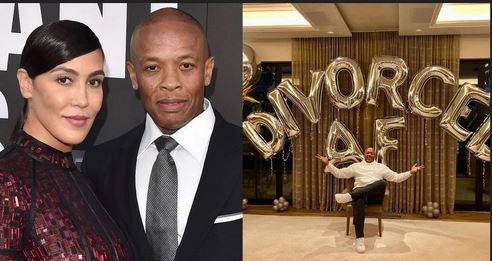 American rapper, producer and entrepreneur, Dr. Dre is celebrating being single after 21 years of marriage with estranged wife,  Nicole Young who is still fighting for half of his $1 billion estate.

On Thursday night, December 9, Dre’s friend Breyon Prescott shared a photo of the hip hop mogul in front of huge silver balloons with the words ‘Divorced AF.” inscribed on it. 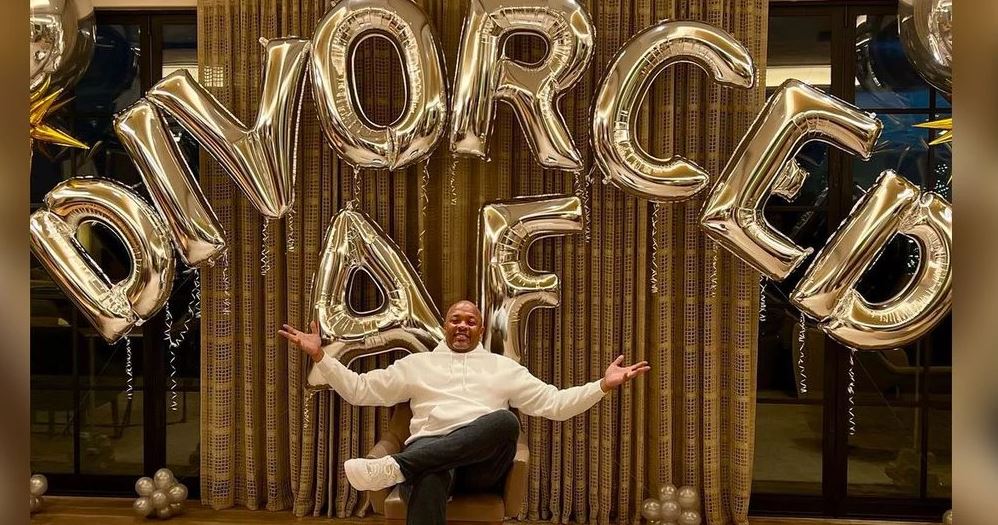 Dre is seen with a huge smile on his face as he spread his arms out to emphasize the message.

Dre has been battling his ex-wife, Nicole ever since she slapped him with divorce papers in June 2020 asking for half of his $1b dollar fortune.

The parties are still arguing over assets but the judge ordered that they be seen as legally single from April 2021.

But it seems the "Divorced AF' party makes it appear Dre and Nicole have reached some sort of settlement.

Both sides are still preparing for trial as they fight over the validity of their prenuptial agreement.

Nicole admits she signed a prenuptial agreement before they got married in 1996. However, she claims Dre tore up the agreement a couple of years into the marriage. The producer denies her claim and is demanding the prenup be enforced in the case.

The prenup does not provide Nicole half of the estate and if enforced she will only receive spousal support.

In recent filings, Dre revealed he hasn't spoken to his ex wife in a long while. He claims to not know the woman he once loved after she made "false" abuse allegations in court.

"I was present for Nicole’s deposition. She testified that there are no witnesses to the alleged abuse and she admitted that she never told anyone, including her mother or siblings or other family or friends about any alleged abuse. There are no texts, no emails, no photographs, no videos, no police reports, no domestic violence filings, or other documents evidencing abuse and no witnesses to her offensive allegations."

"After learning last August of Nicole’s false accusations of abuse, I realized then that I did not know the woman I had married and loved.”

The hearing is set for December 16.