According to an eyewitness, Promise was on his way home when he was struck by a bullet fired by a police officer who was part of the security team invited over by the brutalized lady. 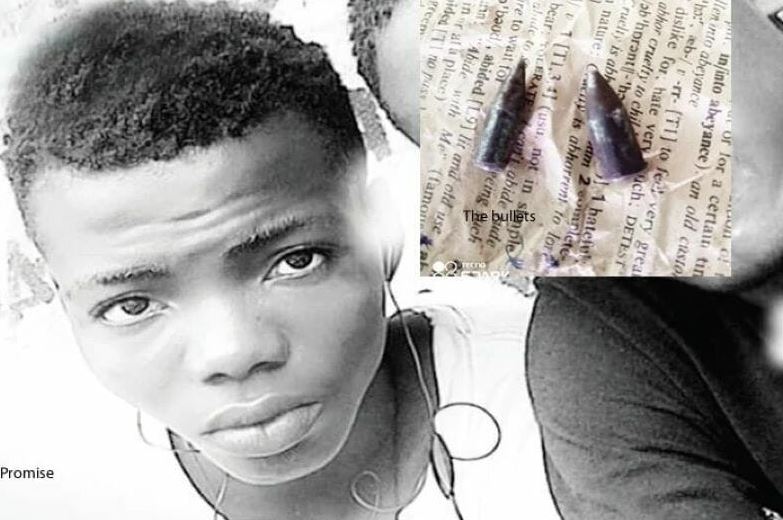 The mother of Promise Tochukwu aka Daddy, a mechanic who was allegedly killed by a police officer at Opaleye Bridge, around Okoya Street, in Ifelodun Local Council Development Area of Lagos state is demanding justice for his death.

Punch reported that the incident occurred after a security team which included military men of Operation MESA, arrived the area.

The publication also reported that there are two versions of how the mechanic was shot to death. An eyewitness who identified herself as Esther, claimed the security operatives were invited after a man brutalised his girlfriend during an argument that degenerated into a fight.

Esther said Promise was on his way home when he was struck by a bullet fired by a police officer who was part of the security team invited over by the brutalized lady.

“The incident happened on Monday morning; I had gone to drop my children at school and was on my way to the shop to pick something when I saw a girl bleeding profusely close to the Opaleye Bridge. People said the girl’s boyfriend was responsible for her injuries and that she called security operatives to arrest him.

“When they got to the place, they took over the area; but the boyfriend was nowhere to be found. As I saw the soldiers and policemen, I stood back. But Promise, who was unaware of the situation, came out of the boundary area to connect to his grandma’s residence.

“As the operatives saw him, they asked him to stop. When they observed that he was moving back as if he wanted to run, they shot him. It was a policeman in the team that shot him on the bridge. I went to inform his family.”

A relative of the victim, Agnes, said Promise was taken to a traditional centre where two bullets were extracted from his body. He died while being being rushed to Orege General Hospital for further treatment.

“I was at my mother’s place when Esther rushed in to inform us that Promise had been shot. I quickly stood up, rushed to the scene and saw OP MESA operatives driving away. I was shocked as I saw Promise lying on the ground in a pool of blood. He kept shouting that his chest was paining him and I saw that his left leg had been hit.

“I stopped a vehicle and we rushed him to a man’s place where two bullets were extracted from his body. After the man was done, we were on our way to the Orege General Hospital for treatment when he died.

“The operatives were saying he was mistakenly shot, but we could not do further investigation as we were all after saving his life till he died.”

A community leader however told the publication that Promise was shot by policemen detailed to arrest hoodlums involved in a street fight which has been ongoing for five days.

The source who pleaded for anonymity, said the mechanic was shot after a vigilante pointed at him.

“The street fight involved hoodlums from Okoya, Ezeago and Ayetoro streets. The area boys were fighting over a girl and also because of the amount they usually collect at illegal tollgates in the areas.

“Policemen and vigilantes usually carry out regular raids and at times, they invite the OP MESA to support them. On that day, Promise was on his way home when one of the vigilantes fingered him to the police and he was shot in the leg.

“After shooting him, they abandoned him and left. He died after the attack; but the police and the vigilantes have denied shooting him. Luckily for the family, they have extracted the bullets. The case was reported at the Layeni Police Station.”

The mechanic's mother, Bose who is now demanding justice, said her son died after losing a lot of blood.

Bose is demanding for a probe into her son's death. She said;

The state Police Public Relations Officer, CSP Adekunle Ajisebutu countered the claim but added that it will be investigated.

“No policeman shot anybody to the best of my knowledge. We have yet to receive a report of the incident. However, we will investigate it accordingly and do the needful.”