Aubameyang To Join Barcelona After Being Stripped Of Arsenal Captaincy


The UK Independent claims the LaLiga side are eyeing a move for the 32-year-old. 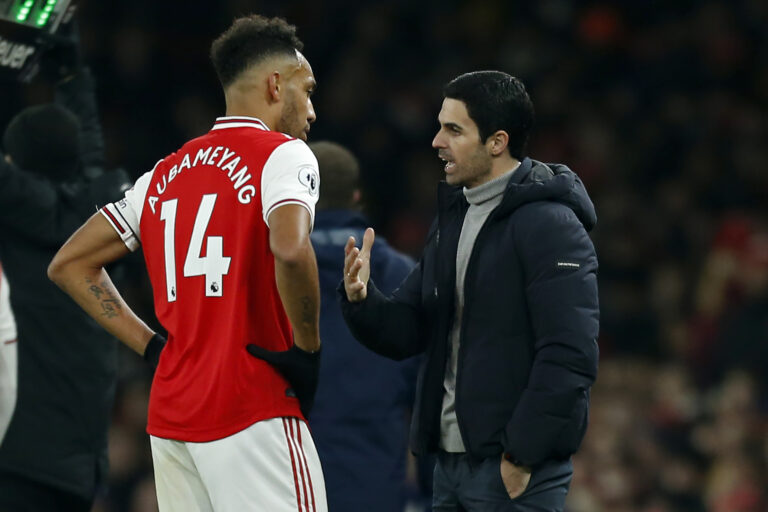 Aubameyang and Arteta
Arsenal forward, Pierre-Emerick Aubameyang is likely to leave Arsenal for Barcelona in January.
This is according to UK Independent.
The papaer claims Barcelona are eyeing a move for the 32-year-old.
This follows the Gunners’ decision to strip Aubameyang of the captain’s armband on Tuesday.
Mikel Arteta came to the decision, after the Gabon international failed to report on time for a COVID-19 test after travelling to pick up his sick mother from France.
With tensions seemingly high between Arteta and Aubameyang, the player now looks likely to leave the Emirates when the January transfer window opens.
New Barcelona boss, Xavi Hernandez, will be in the market for a striker when the transfer window opens in a few weeks.
Aubameyang has 18 months left on his £350,000-a-week contract with Arsenal.
Xavi is also keeping an eye on Manchester United’s Edinson Cavani.
Top Stories