Turji's gang is also said to be responsible for December 6 massacre in which 23 passengers were burnt alive in a bus. 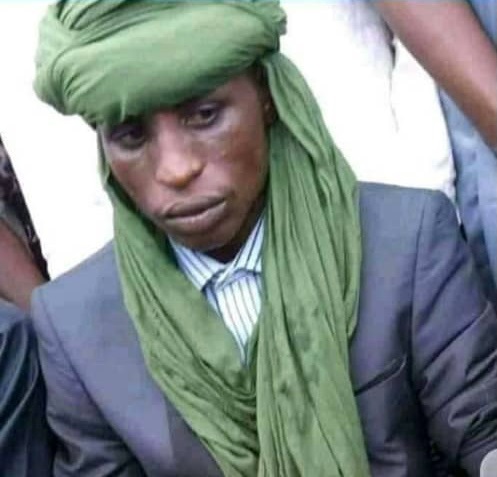 Turji
Bandit and kidnap kingpin, Bello Turji has been praised in a new song by a northern singer identified as Adamu Ayuba.
Turji is said to be leader of the bandit groups terrorising communities in Sokoto, Zamfara, and parts of Niger Republic.
Turji's gang is also said to be responsible for December 6 massacre in which 23 passengers were burnt alive in a bus they were travelling in, in Isa Local Government Area of Sokoto State.
The 14-minute song was rendered in Hausa by a man who identified himself in the song as Adamu Ayuba, with the female chorus hailing Mr Turji as a hero among heros.
Premium Times reported that one Abba Ya’u, a Kano resident, described as shocking the song released in praise of Mr Turji. Abba said it “has exposed the complicity in the fight against banditry in the area.
He said;
“How can a rational thinking person sing a song for a bandit who is causing mayhem, killings innocent people. To be frank with you, our people are not serious.
“This banditry will only come to an end when the community wants it to end because it is a community-based issue."
Another Kano resident, Abbdullahi Kausi, also told the publication the government is handling the issue with a kid’s gloves, which he said has forced some residents to be supporting the bandits in return for protection.
Kausi stated that for someone to sing in praise of a known killer, it shows the problem is community-based and people need to wake up and tackle it at the community level by identifying those abetting banditry.
He added;
“The federal government must ensure local government autonomy by bringing the government closer to the locals with full financial autonomy. That will alleviate the suffering at the grassroots and help in tackling the issue of banditry."
Another resident of Kano, Abubakar Danhausa called for the arrest of the singer. Danhausa said;
“He must be arrested and treated as a bandit, he most have been one of their informants.
“Many people are still aware of how one of the state governments gave the bandits money for peaceful conduct of the 2019 elections.”
Nazifi Scorer, another Kano resident, said the musician should be arrested as he might know where the bandit leader is.
He said;
“Late Mamman Shata is a popular musician in the north. He sang many songs for many people but he never sing for a person he did not know because most of them normally gave him money in appreciation
“So also, this man singing for a criminal gang leader knows him, he need to be arrested."
Nura Habib, a tailor in Kano also alleged that bandits have been emboldened due to government's reluctance to tackle insecurity in the region.
He added;
“If the government does not take this seriously, the worst is coming. Many innocent people will side with the criminals because they have no alternative."
Top Stories