Rohr’s sack was announced officially two days later by the NFF after five years, four months and 10 days in charge of the Eagles. 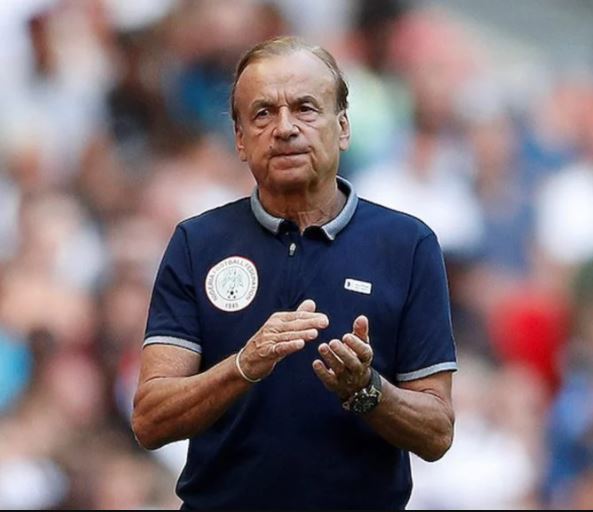 Gernot Rohr, the former Super Eagles coach has said some players in the team wanted to quit the national team after he was sacked by the Nigeria Football Federation on December 10, PUNCH Sports Extra reports.

Rohr’s sack was announced officially two days later by the NFF after five years, four months and 10 days in charge of the Eagles.

In an interview with ESPN, the 68-year-old coach said his contract had been broken following the termination of his deal and was waiting not only for his unpaid salaries, but also for his salaries until the end of the contract.

“I spoke with some players and some of them told me they don’t want to continue. But I said to them, “You have to continue. Now you have Nigerian coaches and you have to do well for your fatherland.”

“To say goodbye to the players has been the most difficult part. Most of them called me already. We were family and we had to leave each other. And it’s not so easy.

“So, I think that Austin Eguavoen has only to continue in the same spirit to be successful and the AFCON title will be in Nigeria.”

The former Gabon coach added that the NFF had wanted to sack him a year ago when Eguavoen was appointed as the Technical Director of the federation.

“I think they already had this prepared. They brought the new coach (Eguavoen) one year ago, so he could have a look. He would ask for the technical reports because he was Technical Director and Paul Aigbogun, his assistant, was doing for me the work of scouting the opponents.

“But I wish them all the best because I want my players to succeed, to win the AFCON. I want Nigeria to go to the World Cup, and I’m sure that they will.”

He also added that he would have won the coming Africa Cup of Nations in Cameroon had he been allowed to stay in charge of the team.

Rohr led the Eagles to a third-place finish at the 2019 edition in Egypt – Nigeria’s eighth bronze medal finish at the tournament.

When asked about the Eagles’ chances at the forthcoming AFCON in Cameroon, Rohr said, “Of course! Last time we made third.

“We had a good AFCON, we lost in the semi-final in the last second. This time, I’m sure it would have been better because the team has been growing together for five years and we had our different strategies, and the tactics were becoming more and more efficient.

“And I think even without me, they will do it, they can do it because this team is young, is intelligent, and they can fight. They love their fatherland and they will be able to do very well at the next AFCON.”

Nigeria will face eight-time African champions Egypt in their opening Group D game at Roumde Adjia Stadium on January 11 before taking on Sudan four days later. Their final fixture is against Guinea-Bissau on January 19.