Abdullahi, a resident of Kano, the commercial capital of the North, has been repairing generators since he became blind 22 years ago. 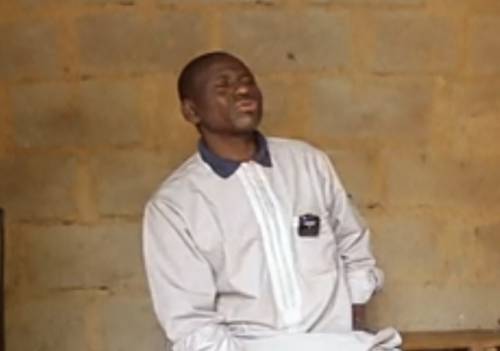 Garba Abdullahi, a visually impaired man, from Nigeria's northern region, has carved a niche for himself in the business of fixing generators.

Abdullahi, a resident of Kano, the commercial capital of the North, has been repairing generators since he became blind 22 years ago.

In an interview with BBC Hausa Service, Abdullahi said unlike his contemporaries, he refused to succumb to his condition by taking to street begging, instead, decided to learn a trade to be self-reliant.

He said, "I learned to fix power generators immediately I became blind 22 years ago.

"On the ill-fated day, I was working on my farm when suddenly I lost my sight in one eye; unfortunately on getting back home I became blind in both eyes.

"We sought for medical help to no avail, so I resigned to fate, and quickly joined a cousin who fixes generators as one of his apprentices.

"From there I moved on, started my shop right in front of my house and became the neighbourhood's generator mechanic.

"I'm married with children, and none of them is physically challenged like me, yet I'm the family's breadwinner."

Asked how he identifies parts and tools, Abdullahi said, "I can identify every part or tool by feeling it with my hands."

Abdullahi then demonstrated by randomly picking tools from a container and explaining their functions. He also performed the repair of a generator.