A housemaid has disappeared with her madam's young son in Lagos leaving the family in distress. 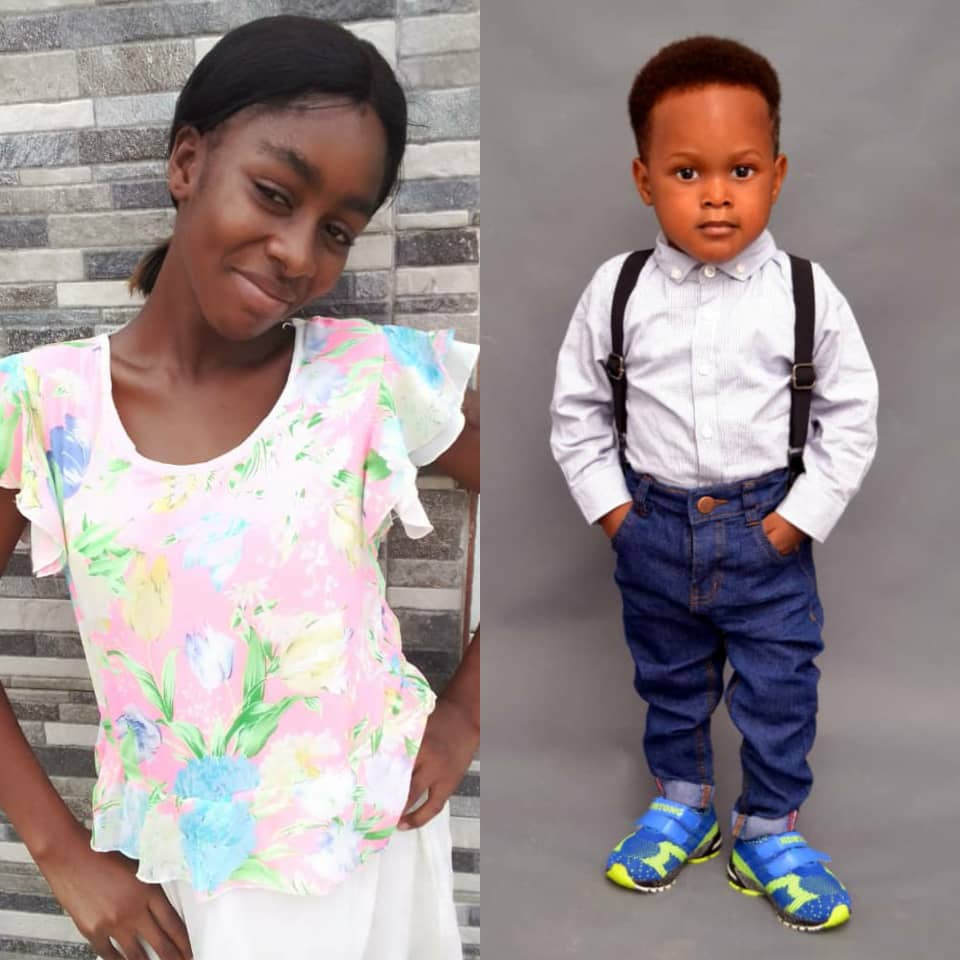 Favour reportedly absconded with the little boy
A two-year-old boy has gone missing after he was reportedly taken away by a housemaid.
According to LIB, the family of the boy in Lagos state is currently in search of their two-year-old son, Praise Otojareri.
He was allegedly taken away by their house help simply identified as Favour, on Sunday, December 19.
Speaking to LIB, Mr. Moses Otojareri, the father of the missing boy, said sometime in November, a man who his wife knows very well came to their house in Aguda, Surulere, with two girls and said they were in need of a job, He said his wife who runs a salon decided to employ Favour to cater for their two children, a nine-year-old daughter, and their two-year-old son.
He said on December 19, his wife, two children, and Favor left for church. He said while in church, his wife who is a hairdresser received a call from a customer who needed her at her shop. He said his wife left the church and gave instructions to Favour to come to the shop with their two children after the close of service.
Mr. Otojareri said immediately after his wife left, Favor went to the children's church and asked the teachers to release Praise to her. The teacher who has seen the baby boy come with Favor and his mum to church released Praise to her. The father said his wife became worried after she waited for hours and did not see them in her shop.
''After some hours, a call came in asking ''Are you Mummy Favour and Praise?' She said Favour is her housemaid and Praise is her son and that she has been looking for them for some hours now. The man said they are at Ibafor in Mowe and that Favour said she missed her way that she was going to her sister's house in Ikotun. ''he said
Mr. Otojareri said his wife told the adults who called to help her hold Favour and her son that she was on her way to meet with them. He said his wife asked them to drop Favour and her son Praise off at the nearest police station after the adults informed her they were still going to a further distance.
''By this time some people had gathered saying they wanted to beat Favour up as they suspected it was a case of kidnapping. However, an Alfa came in and asked them not to beat her.
The Alfa said he was going to take the children to the mosque with him. He collected my wife's number and called her to inform her that he has taken favour and my child to the mosque.
While they were heading to the mosque, the Alfa said Favour told him that she was going to Ikotun to go and see her sister''
The distraught father said the Alfa took the children to a mosque and then decided to say his prayers. He said the Alfa later told his wife that after his prayers, he returned to where he left Favor and Praise in his mosque and did not see them again. He said he only saw the bag Favour carried that contained Praises' clothes.
Mr Otokareri said his wife on arriving the mosque, raised an alarm, and also alerted the police. The Alfa was arrested. She also led the police to the home of the sister whom Favor claimed she was going to see. The said sister who denied any family ties with Favour was also arrested.
He said the matter has since been reported at the State Criminal Investigation Department Lagos state and that up till today, no word has been heard from Favour or his son. He said Favour who is about 14 years old speaks four languages, Hausa, Igbo, Yoruba and Benue Republic fluently. He said Favour is from Imo state.
He appealed to any member of the public with useful information on how to find his child to call this number 07082873611 or contact the nearest police station.
Top Stories