According to Olajide, he liked the lady but after a date, she told him that she was not interested in him because he can't handle her bills. 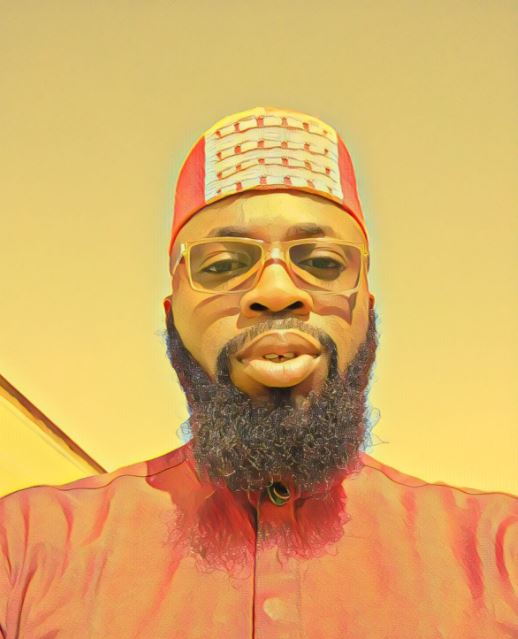 A Nigerian real estate developer, Atoyebi Taofiq Olajide, has narrated how a lady he wanted to date was reportedly killed by her boyfriend and her breast cut off last week for ritual purposes.

According to Olajide, he liked the lady but after a date she told him that she was not interested in him because he can't handle her bills.

The lady, according to him, further said that she only dates Yahoo boys.

"This beautiful lady. Tall, Lanky and caramel skinned was introduced to me mid last year by one of my friends. I loved what I saw and I wanted to know more about her," wrote on Sunday, January 9, 2022.

We went on a date and it was so fun filled. We visited 3 different places that day. From Magic Land to Shoprite, we were doing like love birds. We ate different stuffs, things I have never tasted in my life.

During our conversation, she asked what's my view on Yahoo guys, I told her they are criminals.

Later that night, she told me we can't work because I can't handle her bills. She said she only date yahoo boys. I thought she was joking until she blocked me.

The gist is, her friend told me she was killed last week by her boyfriend and her breast was removed.

I don't even know how I am feeling right now. 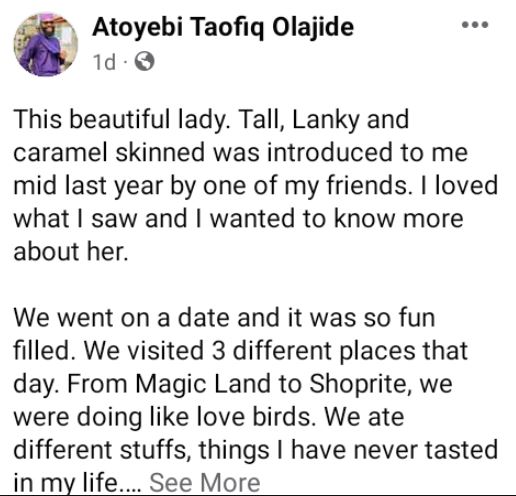 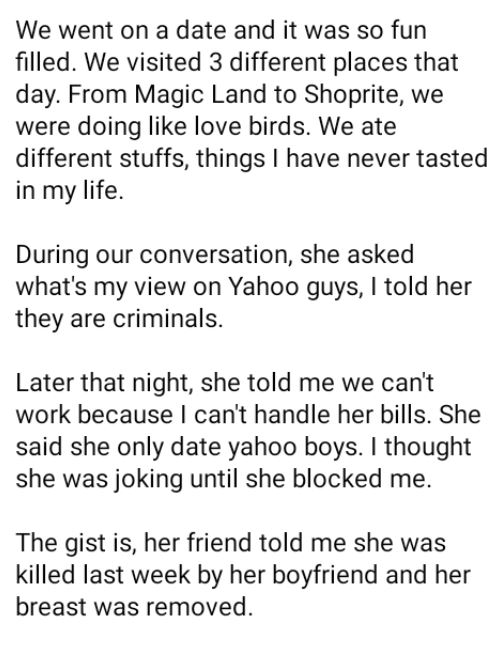