Rodwell subjected his victims to s3xual and physical harm, manipulated them, and made them feel worthless. 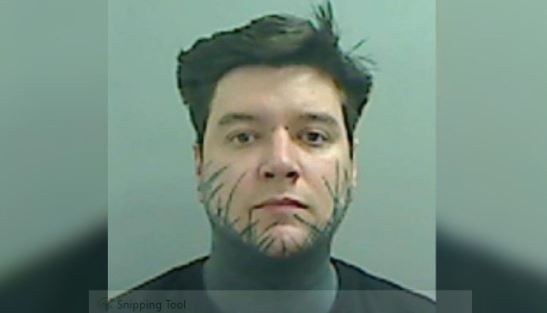 A court has sentenced a 31-year-old man to life imprisonment for having unlawful carnal knowledge of five women he met on Tinder.

Tattooed Tom Rodwell, of Acklam, Middlesbrough subjected his victims to s3xual and physical harm, manipulated them, and made them feel worthless, Teesside Crown Court was told.

Passing sentence, Judge Paul Watson QC said the defendant was “addicted to a sense of power” he had over the women, whose lives he had “ruined”.

The judge told him: “You are a callous, unfeeling s3xual predator whose only concern is for your own gratification.”

In a series of statements, victims told the court how Rodwell, who previously worked for HMRC, the Royal Navy in Scotland at an NHS call centre and who was training to be a paramedic, shattered their confidence and forced them into s3xual acts.

He admitted a series of 10 r*pe offences against his five victims, in a period spanning three years, as well as attempted r*pe and s3xual assault.

During the hearing, it emerged that the defendant, who has no previous convictions, faced similar charges in Scotland in 2018 but was acquitted.

Rodwell used the Tinder app to make contact with the women, some of whom were students.

Richard Bennett, prosecuting, told the court: “The defendant, using social media, would contact a number of single young women and once in contact with them, he would physically and s3xually abuse them.

“In addition to the physical and s3xual abuse, he would psychologically manipulate them and in some cases make them feel worthless.”

Mr. Bennett said Rodwell had told his first victim he was into “rough s3x” and the Barrister added: “It would become apparent that the defendant did not realise or seem to care that he needed consent.”

The first time he met his second victim he told her he wanted to get her pregnant and threw her contraceptive pills in the bin, which she took to be a joke.

He r*ped her the second time they met, days later sending her a Whatsapp asking when he could “r*pe her again”, Mr. Bennett said.

The third woman said she considered killing herself having been r*ped by Rodwell several times and said he had “gas-lighted” her and made her feel that she needed him.

The fourth woman said Rodwell r*ped her in a hotel, then repeatedly hit her, but he later claimed he could not remember what happened but said his “ex liked it”, Mr. Bennett said.

The final victim told said Rodwell had told her from the outset how he wanted to “own her” and “choke her”, the court heard.

Andrew Turton, defending, said there was no clear explanation for Rodwell’s offending, but drink was involved.

Mr. Turton said: “He is unable to explain to me or to the court why he had these preoccupations and why there were deviant elements in terms of control and violence.

“It appears alcohol played a part.”

Judge Watson jailed Rodwell for life with a minimum term of 12 years before he can be considered for parole.

Restraining orders were put in place to prevent him from contacting any of the women.

After the sentencing, Detective Constable Rick Sainsbury paid tribute to the women who have now seen him jailed for life.

He said: “Rodwell’s offending is despicable.

“He is a dangerous individual and his selfish and depraved actions have caused lasting harm to his victims and their families.”