The state secretariat, motor parks, schools, banks, shops and markets across the major cities were all shut down. 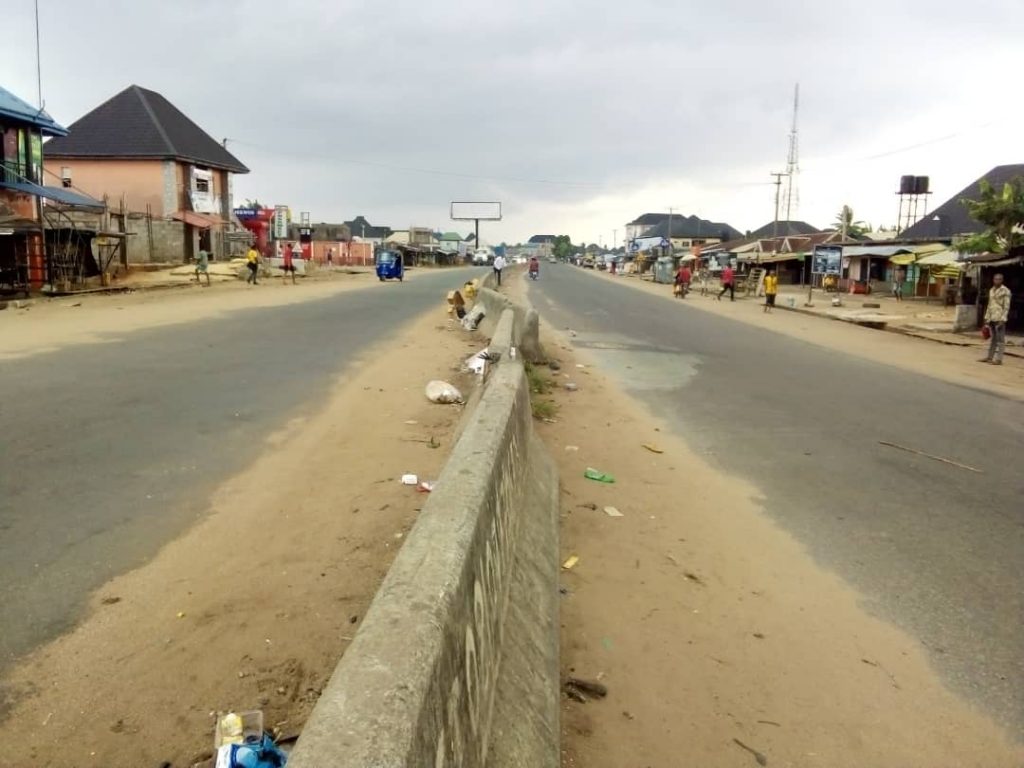 Deserted roads in Imo
Sit-at-home order by the Indigenous People of Biafra has grounded activities in Imo state.
According to a report by DailyPost, residents especially Orlu town and Owerri municipal, on Tuesday, stayed indoors to observe the sit-at-home order issued by the Indigenous People of Biafra (IPOB) in solidarity with its leader, Nnamdi Kanu, who appeared in court today.
The state secretariat, motor parks, schools, banks, shops and markets across the major cities were all shut down.
Even the Imo State University junction, Government House Roundabout, Control Post Roundabout, Warehouse junction Roundabout, Ikenegbu, Mbari, Douglas, Okigwe Road, and Wethedral Roads, were scanty.
In Orlu, the ever-busy Banana junction and Okwudo junction were more like ghost towns.
A journalist, Mr Martin Nwoke, while speaking to DAILY POST at the popular Orji Youth bus stop in Owerri North Local Government Area of the state, made a passionate appeal to the Federal Government to release Nnamdi Kanu.
He said Imolites and the people of southeast states were the ones suffering the heat of the order.
Nwoke said, “In this part of the world, everything we do here involves money. I am begging President Buhari to pity us and free Nnamdi Kanu.”
A lawyer, Barr. Emeka Obi, told DailyPost that he could not go to file a court process due to non-availability of transport, while children, who could not go to school, resorted to playing football on the streets at Akwakuma.