According to John, he was arrested on October 23, 2020 on his way to work but set free 15 months after his arrest. 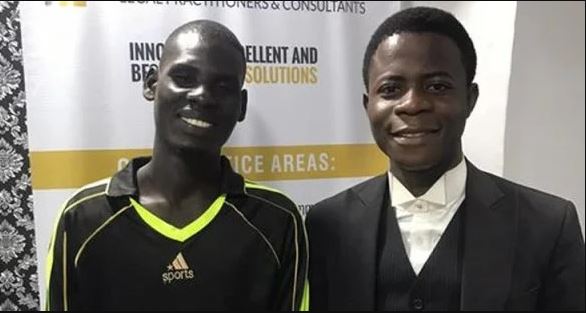 According to a report by The PUNCH, fifteen months after being arrested and wrongly detained for taking part in the #EndSARS protest, Peter John, regained freedom.

John, who hails from Borno State, told The PUNCH that he is 23 years old.

According to John, he was arrested on October 23, 2020 on his way to work but set free 15 months after his arrest.

“I had a horrible expereince in prison. I was arrested for what I didn’t do. I was not arrested at any riot venue. I was arrested days after the riot on my way to work at Lekki new market,” he told The PUNCH correspondent while sharing his ordeal in prison.

The young man said he thought that he was going to die in prison because of hunger and beating from “senior” prisoners.

While emphasing that he suffered for an offence he knew nothing about, the 23-year-old said, “They arrested me at Lekki Phase I. I was arrested because of the #EndSARS protest that I never took part in.

“I saw many bad things in the prison. I also learnt how to praise God and stay with people in difficult times. I  have many painful experiences to share.

“I really suffered there. It was a very painful experience. I almost died ofhunger. A lot of people die of hunger there. Prisoners cannot even consume the kind of food they give to us.  They give us food two times a day. In the morning, they give us beans and you dare eat the beans, you will fall sick and suffer diarrhoea.After the beans, they will give us Garri (casava) in the evening.

“I fell seriously sick in the prison. If not for God and my family, I should have been dead. I wouldn’t have been alive to grant this interview. Some people who are seniors in the cell do beat us. They also send us on errands.

“Kirikiri prison is a place where you must do everything you are asked to do. You have no freedom. You will be severely beaten if you resist, your human rights don’t matter, and you can’t say anything.”

John said it took the intervention of his parents and human rights lawyer, Festus Ogun, for him to regain freedom.

“I thank God that the lawyer helped me out. He also helped others. I have really suffered a lot. We are plenty that they arrested. Many innocent people are in the prison because of EndSARS. Some are still there as we speak,” he added.

While lamenting that John was kept in prison despite the strucking out of his case by the court, the lawyer called for a reform of Nigeria’s criminal justice system.

The #ENDSARS protests lasted between October 7th and 20th in Lagos and several other states of the federation.

While the protests lasted, relations, friends, and associates of missing persons claimed their relations had either been killed or held incommunicado by security agents.

Of particular concern was the Lekki toll gate shooting of Tuesday, October 20, where peaceful #ENDSARS protesters were shot at by security agents, leading to a yet-to-be ascertained number of casualties.

The shooting incident had attracted national and international outcry, with the Lagos State and Federal governments being urged to unravel the identity of the shooters and who deployed them.

Ajudicial panel set up by Lagos State said people were killed at Lekki tollgate by security operatives but the government through a whitepaper panel debunked the claim.