The receipts were issued to residents of some farming communities in Borno State under the control of the terror group after collection of levies and taxes from them. 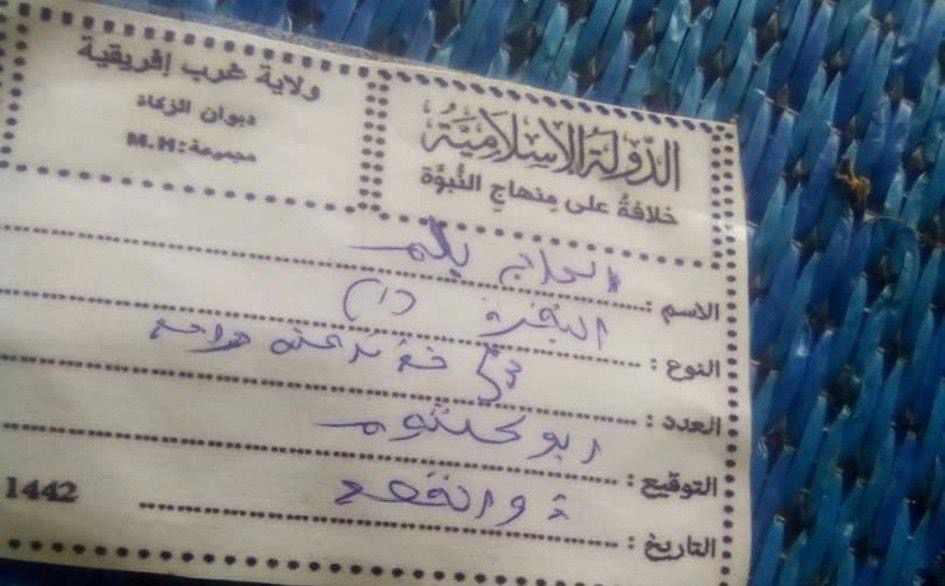 Copy of the tax receipt
Boko Haram terrorists have issued tax receipts to farmers and herdsmen in Borno state.
According to Sahara Reporters, the Islamic State-backed faction of Boko Haram, the Islamic State West Africa Province (ISWAP), the receipts were issued after the after collection of levies and taxes from the victims.
SaharaReporters had in several reports in 2021 reported how the insurgents had been taxing residents of Borno, Adamawa and Yobe State.
Sources said failure of the residents to comply with the directive attracts the death penalty.
SaharaReporters also reported how ISWAP established two Wilaya’s (Caliphates) at Lake Chad and Sambisa forest to sustain its war against countries in Sub-Saharan Africa. 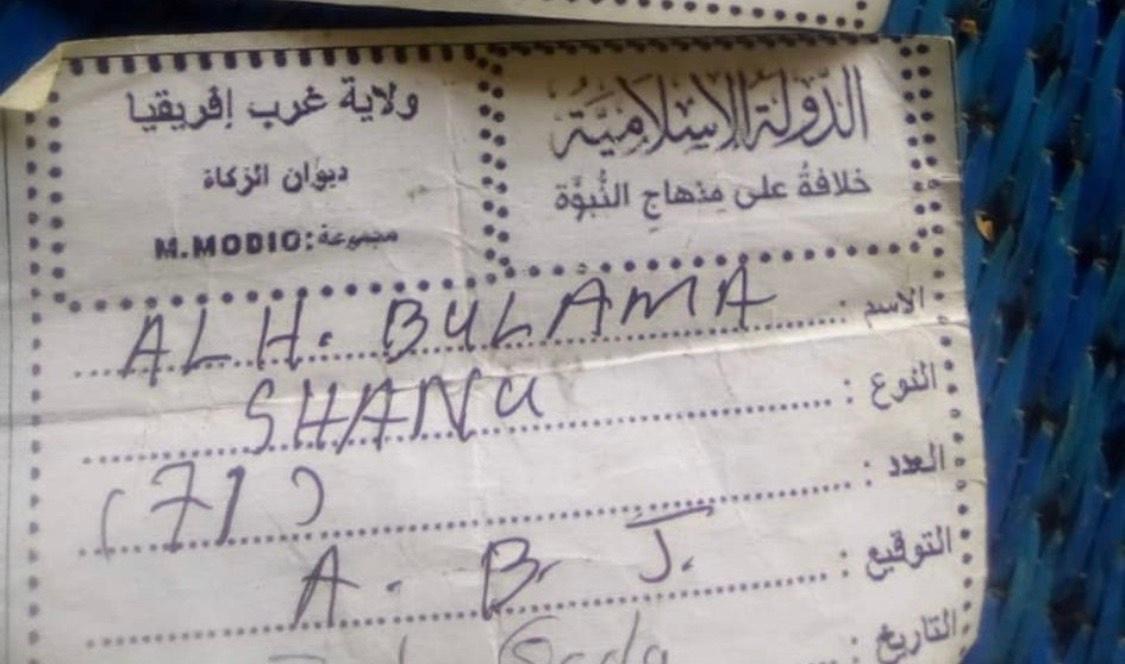