His death was confirmed by Shooting Stars in a statement on their Twitter handle. 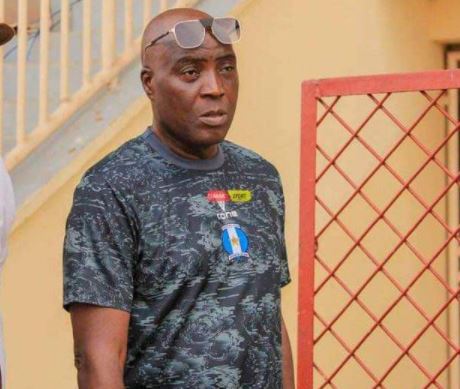 The General Manager of NPFL club, Shooting Stars of Ibadan, Rasheed Balogun is dead after battling illness for months.

His death was confirmed by Shooting Stars in a statement on their Twitter handle.

According to the Ibadan-based club, the 62-year-old died on Thursday night, January 20.

The statement read: "We LOST our GENERAL MANAGER After a long battle with an undisclosed illness for months, RASHEED BALOGUN finally succumbed to death on Thursday night. Details soon. What a sad Thursday to Oluyole Warriors fans across the world." 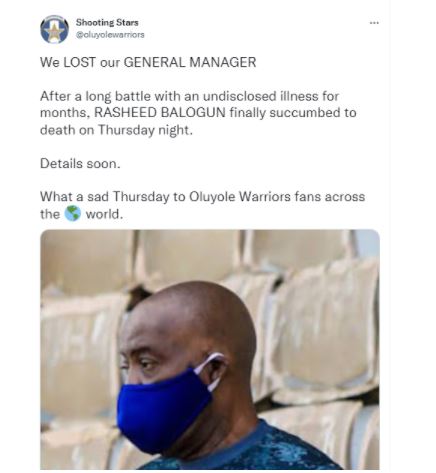