The proprietor of the school, Abdulmalik Tanko, had earlier abducted the little girl and eventually killed the pupil despite collecting ransom. 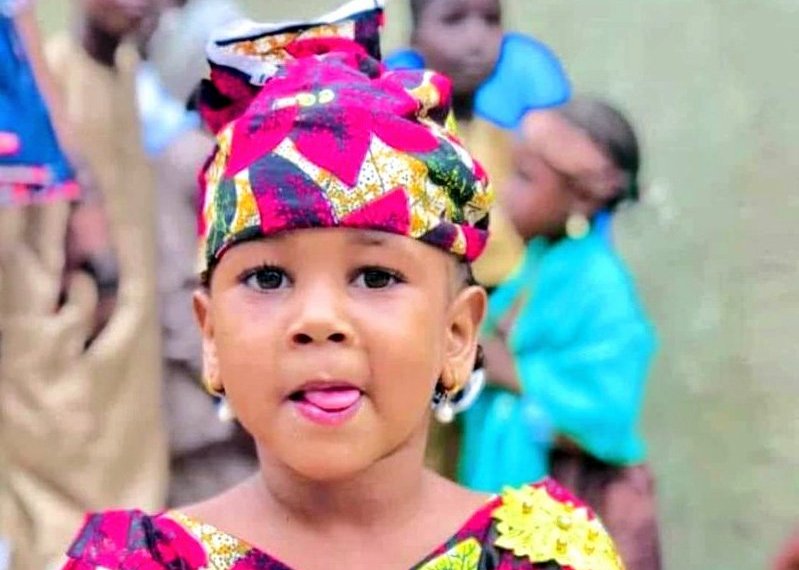 According to a report by Daily Nigerian, some angry youths have set ablaze Noble Kids School, Warshu Hospital Road, in Kawaji, Kano State, over the abduction and killing of a five-year-old pupil, Hanifa Abubakar.

The proprietor of the school, Abdulmalik Tanko, had earlier abducted the little girl and eventually killed the pupil despite collecting ransom.

Hanifa and many others were coming back from an Islamic class when a tricycle offered to give them a lift.

But while others had alighted from the tricycle, the driver had asked Hanifa to stay behind so that he could further give her a lift to her compound.

Instead of taking Hanifa to her house, the driver rather whisked her away to an undisclosed location where are family was later reached for ransom.

SaharaReporters had reported how Tanko masterminded the abduction of Hanfia, while on her way from Islamiyya School in December and subsequently killed her.

Tanko had demanded a N6million ransom from the parents of the child and in the process of collecting part of the money, he was arrested.

He had failed to disclose that the victim had been killed.

When he was arrested at the Kano Police Command headquarters on Friday, he told journalists that he poisoned the girl with a rat poison that he bought for N100.

Tanko had earlier confessed that he killed the girl because she could recognise him.

According to him, the abductor first took her to his wife, but the wife rejected to keep her.

“I now took her to Tudunwada area. I laced her tea with rat poison,” he added.

Meanwhile, there was a mild drama at the headquarters of the Kano State Police Command when Fatima Maina, mother of a slain five-year-old pupil, Hanfia Abubakar, charged at the proprietor who was arrested in connection with the death of the student.

Both the parents of the deceased child and the suspects were at the Kano police command headquarters on Friday.

The parents of the child were the ones who first got there. Later, Tanko and the suspects were brought in by the police.

Immediately, Fatima sighted Tanko, she charged towards him, raining slaps and blows on him as she demanded why he took her daughter’s life.

The drama continued for a while until policemen whisked the prime suspect away.