The woman approached a mother at a Walmart checkout line in Crockett and offered her money for her child. 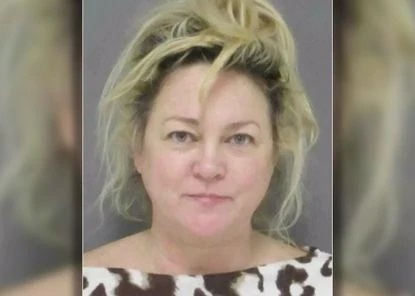 Rebecca Taylor
A woman identified as Rebecca Taylor has found herself in trouble after offering a mother hundreds of thousands of dollars to buy one of her children.
Houston-based website, Click2Houston reported that Taylor, 49, approached a mother at a Walmart checkout line in Crockett, about 120 miles north of Houston in the second week of January, and started remarking about the woman’s two children who were in a shopping cart.
According to the report, Taylor allegedly offered the woman cash for her infant son and the woman refused. Taylor reportedly started yelling and increased her offer to $500,000 before saying she would abduct the child.
The mother of the kids got away from Taylor and contacted police. Taylor was charged with sale or purchase of a child, a third-degree felony, and was released on $50,000 bond on Thursday, January 20.
The court case will begin in the first week of February.
Top Stories