Oogbodo said the occultists explained to him that his mother was their member who enjoyed “privileges” from the group, and he should therefore join them after his mother's demise. 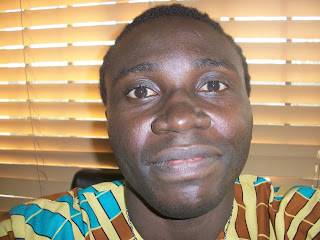 Oseyiza King Oogbodo, a Lagos State-based journalist, has cried out that some occultists have threatened he should join their group or he will die.

Oogbodo said the occultists explained to him that his mother was their member who enjoyed “privileges” from the group, and he should therefore join them after his mother's demise.

According to Oogbodo, who is also a writer, the occultists approached him the second time with arms threatening him to join the group or pay with his life.

Oogbodo narrated that he was first accosted on November 14, 2021, around 9:30pm in his residence in the Ifako-Ijaye local government area of Lagos.

Speaking with SaharaReporters on Tuesday, Oogbodo said he had informed the police but the personnel only gave him a number to call whenever they approached again.

"I was expecting my family who were due to return home from a birthday party. So I went to open the door but was confronted instead by two men who showed me their guns and requested to speak with me."

“They claimed I’m the chosen one because I’m my mother’s favourite child, the only one who shared the same birth month with her and spent the most time with her because of the affinity we had.

"They claimed I’ve enjoyed their privilege through my mother when they intervened for me when I wrote a controversial story. They said it was because of them that the people in the story dropped a lawsuit against my employers then, National Mirror, though they had every chance of winning the case. That it was also because of them National Mirror didn’t sack me then as they should have because I didn’t have the necessary evidence in recording.”

The journalist stated further that the occult members “told me my membership wasn’t optional as my mother’s oath with them had made it statutory and they had come to notify me of it at that time as per my mother’s request that they should only do so from two weeks after her burial.

“I was both in shock and awe and I told them I didn’t believe them. They said it didn’t matter and I should be prepared to do their bidding willingly or unwillingly.”

“The following day, I went to the police station in my area which is Ijaiye Ojokoro Police Station to report the matter and they gave me a number to call them on the next time the men came to me.”

The journalist said, “I tried to put it out of my mind and also resorted to praying steadfastly that no evil would befall me. And I felt my prayer was being answered until Tuesday, January 11, 2022 when a set of two different men came in the night again. They knocked and when I questioned who was there, they asked for me by my name. I opened up for them though I didn’t know their voices because there was no point not to, since they knew me. They said they had come to know my stance about joining their cult and I tried to play along with them so as to get more information from them.

“When I wanted to ask more questions, they asked if my interest meant I was now ready to be a member. I said I needed to know more to make up my mind and they said they could only tell me more on membership but one thing they could tell me was that my membership would be to my own greatest benefit as it would make me influential.

“After the second visit, I rushed back to the police station to report the issue again and the officer I met at the station were sleeping in the afternoon and probably unhappy, I disturbed her sleep. The personnel who attended to me said I would have to go and report at a higher police station.

“I don’t believe the occult that my mother was their member and I’m certainly not interested in them; so, they should just leave me alone. I need police protection.”

It is not clear yet the steps the police authorities are taking on the matter.