Nigerian Actress, Shan George Fires Back At Critics Over Her Divorce Comment 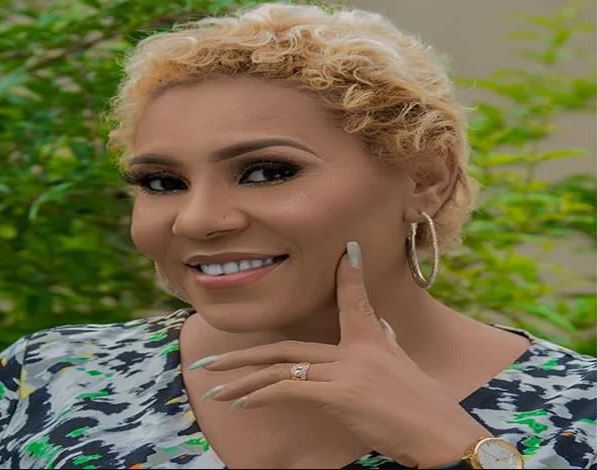 Shan George, the veteran Nollywood actress, has fired back at critics who berated her for her recent comment on divorce and finding love again.

“One minute they are saying, Abeg if a marriage is not working, leave. Same people will still curse on the next person when a man or a woman decides to date or marry after leaving the marriage that is not working. Shey if one leaves a shitty marriage, make e no marry again or what ?” She wrote on her Instagram story on Monday.

The critics were also reportedly quick to berate her for encouraging divorce.

In response, George, on her Instagram story, lambasted those who were fond of criticising those who had found a new love and also fired back at her critics.

She wrote, ”You were so quick to say I’m disappointed in you! When you were not disappointed, how much did you send to me?”

Her post was in defence of Mercy Aigbe who recently came out of the closet with her newfound lover. Aigbe had been getting some negative comments from her former husband, Lanre Gentry, and some trolls after her revelation.