Fein said these in an open letter to the President of the Federal Republic of Nigeria, Buhari on Friday. 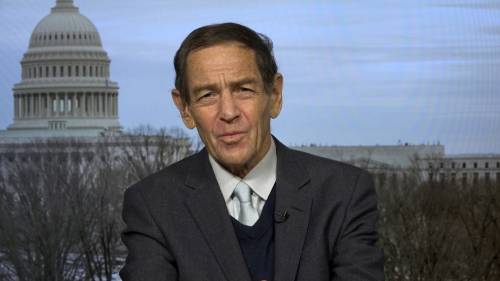 Fein, who is also Kanu’s counsel, said the torture Buhari's government had meted out on the IPOB leader was worse than what former South African President, late Nelson Mandela, experienced in the hands of apartheid government.

The American legal practitioner who had been denied from seeing Kanu twice by the operatives of the Department of State Services, also said Buhari disobeyed court injunctions regarding the human rights of an activist, Omoyele  Sowore, former National Security Adviser, Sambo Dasuki, the leader of Nigeria Islamic Movement, Ibrahim El-Zakzaky, amongst others.

Fein said these in an open letter to the President of the Federal Republic of Nigeria, Buhari on Friday.

The letter partly read, "You should tremble for Nigeria when you reflect that God is just, and that his justice cannot sleep forever.  Nothing is more certainly written in the book of fate than that Biafrans are to be free and independent and will obtain deliverance from your malign Fulani yolk.

"You are labouring in immoral and illegitimate defence of artificial borders ordained by European powers over 135 years ago without the consent of a single African, exhibiting a wicked contempt for the gospel of government by the consent of the governed.

"Last June, you conspired with Kenyan President Uhuru Kenyatta to kidnap and torture Biafran leader Nnamdi Kanu in Nairobi and then illegally transfer him into the malign arms of the Department of Security Services.

"There, for eight months, Biafran’s savior has been detained in solitary confinement and denied necessary medical care and legal counsel without a trial and under cruel conditions satisfying any threshold of torture.  In so doing, you have embraced the tyrannical doctrine of the Queen of Hearts in Alice in Wonderland: “Sentence first—verdict afterwards.”

"Your lawless, malevolent mistreatment of Nnamdi Kanu is far worse than the degradation Nelson Mandela experienced under South Africa’s apartheid regime.  It provoked international ostracism and exclusion from the United Nations. Among other things, Mr. Mandela was not denied access to counsel of choice, was not tortured before trial, and was not detained indefinitely in solitary confinement. Your merciless, malign persecution of Nnamdi Kanu has plunged Nigeria below the moral repugnancy of apartheid.

"The 15-count amended charge against Nnamdi Kanu filed at the eleventh hour of a scheduled January 18, 2022, hearing to entertain an earlier 7-count amended charge, is a legal embarrassment.  Before examining the charges seriatim, a review of fundamental legal principles is in order.

"Under Section 36 (1) of the Nigerian Constitution, an accused is entitled to a “fair hearing within a reasonable time by a court or other tribunal…constituted in such manner as to secure its independence and impartiality.”  It is notorious that Nigeria’s executive branch routinely flouts court orders with impunity.  Judges are powerless to secure compliance.

"Your Minister of Justice and Attorney General Abubakar Malami boldly proclaimed during his July 26, 2019, hearing before the National Assembly that constitutional rights were subservient to his warped, idiosyncratic conception of the public good.  In other words, the Nigerian Constitution is nothing but a scrap of paper to be shredded at will by the executive branch.

"Among other things, you have defied court orders regarding the releases of Omoyele Sowore, Sambo Dasuki, Ibraheen El-Zakzaky, Navy Captain Dado Labinjo and court decrees setting government debt limits and demanding an accounting for spending of received funds looted by administrations since 1999.

"Nigeria’s legendary human rights SANS Femi Falana has assembled at least 32 court orders that you have ignored. The DSS has flouted orders of the Federal High Court of Nigeria, Abuja Division, entitling Nnamdi Kanu to meet with three persons of his choice twice weekly for two hours on each occasion.

"As Nnamdi Kanu’s international lawyer and spokesman, I have been illegally denied access to him by DSS on multiple occasions. In sum, Nigeria’s judicial tribunals are foot soldiers of the executive branch in violation of Section 36 (1).  Accordingly, every judicial proceeding is void and illegitimate under the Nigerian Constitution.

“Nnamdi Kanu has also been denied his right to a fair hearing within a reasonable time.  More than eight months have elapsed since his illegal extraordinary rendition from Kenya and there has yet to be a trial or opportunity for Nnamdi Kanu to confront his accusers before an impartial judge unbeholden to the executive branch."

In a lengthy letter titled: 'I Accuse', Fein quoted a Quranic verse for Buhari to think about and walk the path of justice.

"This letter is long, and it is time to conclude. I accuse you, Mr. President, of orchestrating the kidnapping, torture, extraordinary rendition, arbitrary detention, and unconscionable ongoing criminal persecution of Nnamdi Kanu based on his Biafran ancestry, free speech, freedom of political association, and aspiration for a Biafran referendum to restore a sovereignty that was criminally extinguished by the United Kingdom over a century ago.

"I accuse you of resorting to violence to defend immoral, illegal boundaries drawn by the United Kingdom without the consent of a single African inhabitant.

"Addressing arguments to the Federal High Court of Nigeria, Abuja Judicial Division, are exercises in futility because the judiciary takes instructions from you, not the rule of law.

"The path forward is clear. Order the immediate release of Nnamdi Kanu, dismiss the prosecution, and pay damages for the criminal injuries you have inflicted upon him and his family.

"Negotiate with Nnamdi Kanu in a neutral forum the terms and conditions for holding a Biafran independence referendum.  The 2011 referendum for South Sudan should serve as a template.

"These steps require no more than following the Holy Qur’an: “Stand up firmly for justice, as a witness to God, even as against yourselves or your parents or your kin, and whether it be against rich or poor.” Surah 4:135. “My Lord hath commanded justice.” Surah 7:29.

"Our salvation lies in making justice thunder like a hammer on an anvil in every mosque, in every church, in every synagogue throughout Nigeria," Fein added.