Delivering the ruling, the presiding judge in the suit, Justice Gberi-Be Ouattara, held that the government’s request for dismissal of the suit was baseless and rejected it. 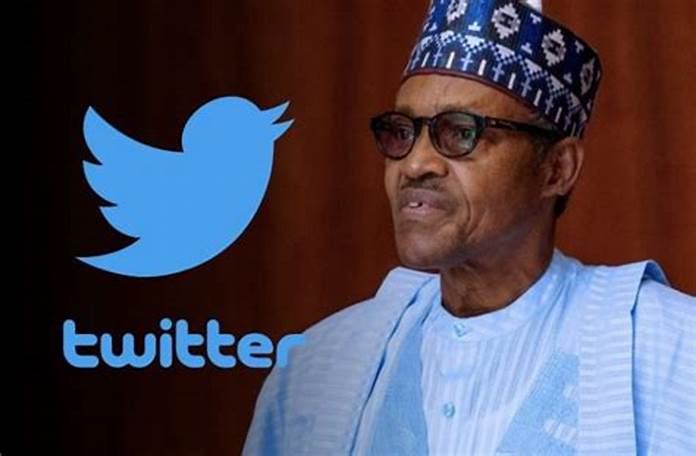 The ECOWAS Court has rejected a suit filed by the federal government concerning the suspension of Twitter operations in Nigeria.
It was gathered that the FG had filed an application seeking to dismiss a consolidated suit before the court challenging the decision of the Nigerian government to suspend the Twitter platform in Nigeria and fixed May 10, 2022, to deliver judgment in the suit.
Delivering the ruling, the presiding judge in the suit, Justice Gberi-Be Ouattara, held that the government’s request for dismissal of the suit was baseless and rejected it.
At the hearing on February 16, 2022, The Court noted that the Nigerian government did not provide evidence of the agreement reached between the government and the management of Twitter.
The Court also noted that the lawyers representing the Nigerian government filed a document before the Court after the matter was adjourned for judgment, requesting it to dismiss the consolidated suit on several grounds.
Consequently, Justice Ouattara asked the lawyers to brief the court on the purpose of the new application, which was filed after the matter had been adjourned for judgment.
Abdullahi Abubakar and Abubakar Nuhu, both assistant state counsels representing the Nigerian government, said that the application was filed in accordance with Article 88 (2) of the ‘Rules of the Court’ and asked the court to rule on their application for the dismissal of the suit which was devoid of purpose and an academic exercise since the ban had been lifted.
Both counsels told the court that their application was filed on nine grounds, mainly that the subject matter of the suit has become devoid of purpose and no longer in existence, and that the platform was consistently used for activities capable of undermining the existence of Nigeria and national security.
Other grounds for the application were that Twitter had approached Nigeria to enter an agreement promising to be law-abiding, which resulted in the lifting of the ban on Twitter and that a determination of the suit by the Court would be an academic exercise.
Furthermore, they contended that a decision of the Court will constitute no value for the Applicants since the subject matter was now devoid of purpose as the ‘Rules of the Court’ allows it to strike out the matter where it is devoid of purpose.
The application was supported with a 14 paragraph affidavit and a written address dated January 26, 2022, in support of their arguments. They added that since the subject matter of the consolidated suit was the ‘suspension of Twitter in Nigeria’ and that with the lifting of the ban, any decision of the Court will be a mere academic exercise.
The four suing parties (Applicants) comprising the Registered Trustees of the Socio-Economic Rights and Accountability Project (SERAP); Media Rights Agenda and eight others; Chief Malcolm Omirhobo; and Patrick Eholor tagged suits nos ECW/CCJ/APP/23/21,ECW/CCJ/APP/29/21,ECW/CCJ/APP/24/21, and ECW/CCJ/APP/26/21 respectively, represented by their lawyers opposed the submissions of the Nigerian government, adding that the subject matter of the suit was not the suspension of Twitter but the action of the government which violated their rights.
They also told the Court that lifting of the suspension on Twitter was one among other reliefs sought from the Court and that the government’s request should be rejected and judgment delivered on their various reliefs.
In an earlier ruling delivered on June 22, 2021, on an application for interim measures filed by SERAP, one of the suing NGOs, the Court ordered the Nigerian government and its agents to “refrain from imposing sanction on any media house or harassing, intimidating, arresting and prosecuting the Applicants, concerned Nigerians for the use of Twitter and other social media platforms,” pending the determination of the substantive suit challenging the ban on the use of Twitter in Nigeria.
In their initiating applications, the applicants challenged the decision of the Nigerian government to suspend access to the Twitter platform in Nigeria, alleging that the suspension of the use of the social media platform constituted the violation of their fundamental rights, including their rights to freedom of expression and press freedom.
They also asked the Court to declare the suspension a continuous violation of their fundamental rights.
The Court ordered a consolidation of the suits following an application filed on July 5, 2021, by Mr Abdullahi Abubakar, the lawyer representing the Nigerian government, stating that the subject matter of the four applications was the same.
The applicants did not object to the government’s request for consolidation.
Top Stories