The gunmen stormed the venue of the burial of a Tax Collector, Zaki Atser Nor and his wife on Saturday, February 26, and opened fire on mourners killing nine persons on the spot. 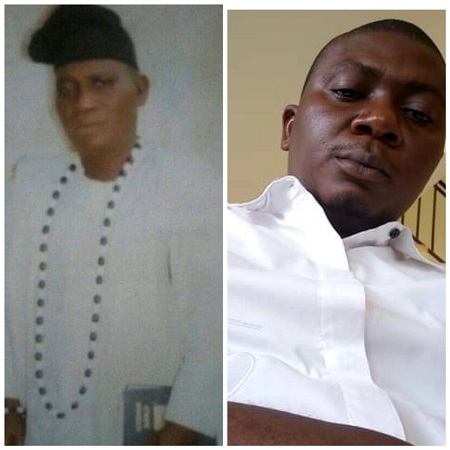 A traditional ruler was among those killed after gunmen stormed the venue of the burial of a Tax Collector, Zaki Atser Nor and his wife on Saturday, February 26, and opened fire on mourners killing nine persons on the spot while also leaving other persons critically injured.
At least nine persons lost their lives in the incident that happened in Mbakange Mbacher Council Ward, Katsina-Ala Local Government area of Benue State.
A source who pleaded anonymity told newsmen that the attack may be a retaliation of the killing of some armed militia men loyal to the slain Benue’s militia warlord, Terwase Akwaza alias Gana last Thursday and Friday by troops of Operation Whirl Stroke (OPWS).
Confirming the incident on Sunday, Chairman of Kastina-Ala LGA, Alfred Atera, said that the attack was a reprisal.
"Nine persons were killed at a burial on Saturday. It was a reprisal. You know one of the boys, Janta was killed. It was a reprisal,” Atera said.
The Council boss explained that only four out of the nine persons that were killed were from Katsina-Ala while five others, including an in-law to the deceased man who was from Vandeikya LGA, were also killed by the unknown gunmen.
"The gunmen only wanted to make a statement by storming that burial and killing people. It’s not that they had anything against the man that was being buried. In fact, one of the in-laws from Vandeikya who provided the coffin for the burial of the deceased man was sadly gunned down by the invading gunmen.
The council Chairman said the family refused to go with security personnel for the burial as was the usual practice for fear of the unknown gunmen, adding that what they feared most eventually happened to them.
Atera said a Kindred Head, Zaki Isaac Vaatyouhh Gande was among those who were killed while the three injured persons with various gun bullets were taken to a nearby clinic for first aide treatment before they were transfered to bigger hospital forproper medical attention.
Force Commander of OPWS, Maj. Gen. Kevin Aligbe who confirmed the attack however dispelled insinuation that it was a retaliation of an earlier killing of some wanted armed militias by his troops.
Aligbe who noted that there is an ongoing raid of bandits’ hideouts in the entire Sankera area however vowed that all perpetrators of the dastardly acts as well as other criminal elements within the area would be smoked out.
"It is true that we are on operation around that area. The reason is that these guys (bandits) have been killing people and extorting people. So, whatever happened yesterday (Saturday) is not as a result of what we are doing because some of them (bandits) have submitted weapons within the last two weeks or something like that," Major Aligbe stated.
"They have just made up there minds that they are going to make the place unsafe to law abiding citizens . But in the next two weeks we are going to get all of them. That is sure promise to Benue people." 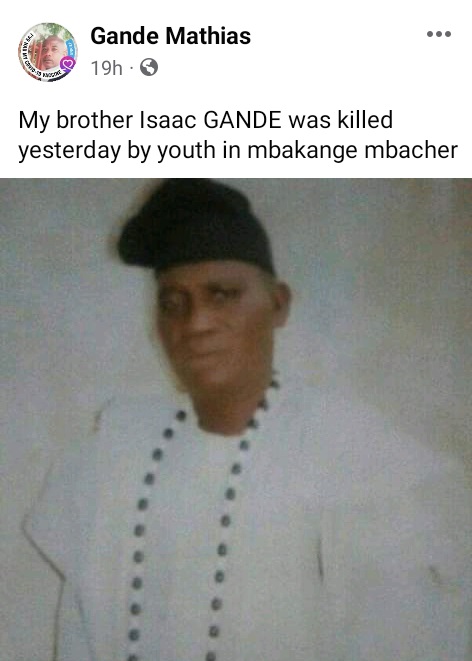 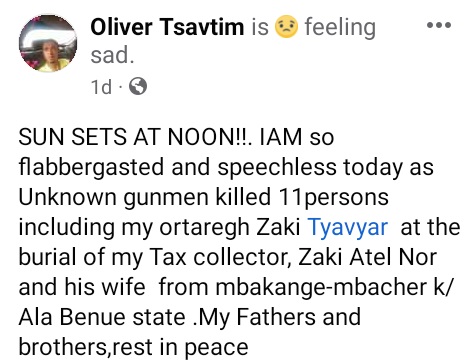