The excited father made the announcement on his Instagram page on Sunday, where he shared a picture of his pregnant wife. 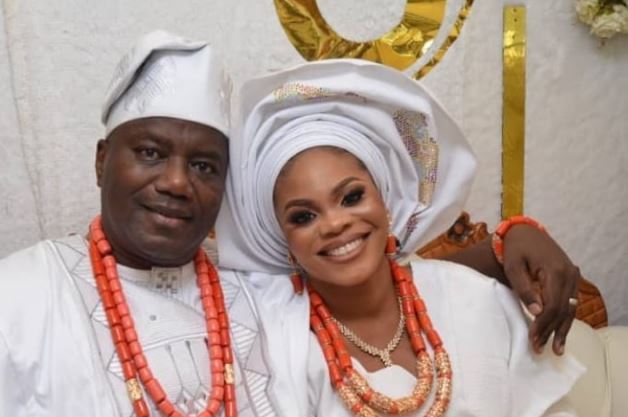 The excited father made the announcement on his Instagram page on Sunday, where he shared a picture of his pregnant wife.

In the caption, Gentry appreciated God for the “gift of marriage”, as he expressed his happiness over the good news.

He wrote, “Thank you Lord for the gift of marriage. I’m very happy. It is a baby girl. Thank God.”

Gentry got married to Oluwabusayo in September 2021 amid messy altercations with his former actress wife.

The ace actress separated from her estranged husband in 2017 after she alleged that she suffered domestic violence in her marriage.

Since their separation, the duo had frequently engaged in social media clashes.

Aigbe and Gentry share a son, Olajuwon, which they had during their seven-year marriage.

The ace actress has also moved on with her love life as she recently unveiled her marriage to a popular movie marketer, Kazim Adeoti.

Following her revelation, social media users had raised concerns over the resemblance of the actress’ son and her new lover.

Other fans had also called for a paternity test to be carried out to ascertain the fatherhood of the 11-year-old son.

But Gentry, however, confirmed that Olajuwon was his son, adding that “nothing in this world” can separate him from his children.