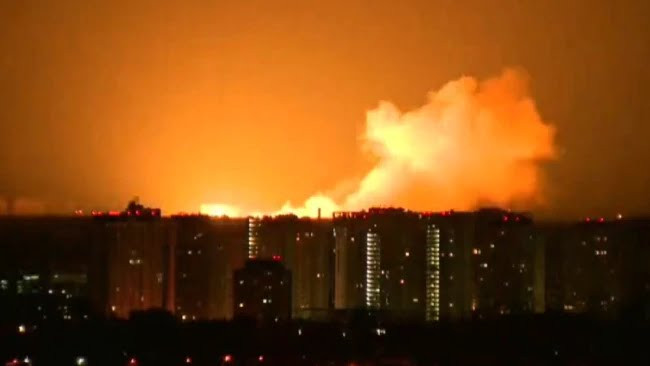 Russia has been accused of using vacuum bombs and cluster munitions during its recent attacks in the Ukranian city of Kharkiv.
As a result, Vladimir Putin, the president of Russia has now been accused of war crimes.
A thermobaric bomb, often referred to as a vacuum bomb, uses surrounding oxygen to generate usually unparalleled high-temperature explosions.
People affected by the weapons can be “obliterated”, suffer major internal damage or be burned to death, according to a US intelligence study in 2000.
Ukrainian Ambassador to the United States Oksana Markarova spoke against Russian aggression after speaking to members of the US Congress.
“They used the vacuum bomb today, which is actually prohibited by the Geneva convention,” she said.
“The devastation that Russia is trying to inflict on Ukraine is large.”
The conflict between Russia and Ukraine has intensified as there have been accusations of lies, genocide, and comparisons to World War II.
Peace talks between Ukraine and Russia on the Belarus border have ended and officials will return to their capitals for further consultations before resuming a second round of discussions as the war enters its sixth day.
Watch the video below:

Sirens rang out over Ukraine's capital city Kyiv after a large explosion. Sky News' camera crew filmed the blast while in Kyiv, Ukraine.