Tapping Into Online Gaming in Nigeria


The respect given to mobile as a platform for gaming from the wider industry is a major factor that has drawn in millions more people around the world - including those who are new to video games. 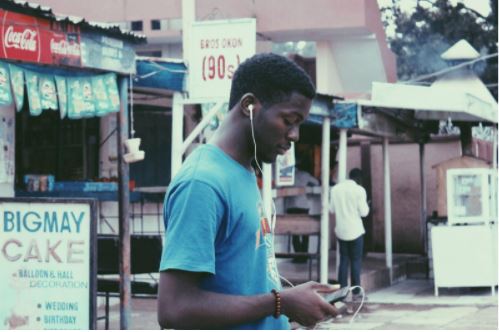 Online gaming has erupted all over Africa in the last five years. The continent has an average age of just 20, meaning that the demographic is perfect for games on consoles and PCs, but more prevalently, mobile devices.
The respect given to mobile as a platform for gaming from the wider industry is a major factor that has drawn in millions more people around the world - including those who are new to video games.
Nigeria is one of the fastest-growing gaming markets in Africa, rising from humble origins to a multi-million dollar industry. And Nigerians are finding new ways to earn money from their online gaming with the introduction of such apps as Gamic. Let’s take a closer look.
Gaming in Nigeria
While it’s fair to say that we’re seeing an explosion of gaming in Nigeria, it’s interesting to note just how much things have changed over just a matter of years. Most Nigerians don’t have gaming PCs or consoles in their homes, as the average salary nationwide is much lower than the outlay for the equipment. Many used to play in barbershops, the owners of which were making a side hustle letting kids have a go on their PlayStation for around 13 US cents. This practise still takes place, albeit with PlayStation 3, and there are one or two dedicated gaming centres.
Mobile gaming
Mobile gaming is driving the industry, especially in the developing world where fewer people have consoles, but a large percentage of the population owns a smartphone or a tablet. These devices are more powerful than ever, able to give an immersive experience and excellent gameplay, as evidenced by the number of console games that have migrated. The fact that mobile as a platform has become “legitimate” in the eyes of the wider gaming world, plus the enormous selection of games available - many that are free to play - is behind the success story in Nigeria. And as we’ll see, online gaming is a source of revenue for many in Nigeria and wider Africa.
Gamic
One of the ways that Nigerians are using to make some money through their gaming is with the Gamic app. It’s an NFT (blockchain) gaming platform where users can play NFT games for free, and potentially win some money. You do this by moving up the ranks - and this means committing some serious time to the games.
According to the Gamic site:
“Once a player gets promoted to the Novel Role. He/She gets qualified to start earning a weekly bonus (~$18). Once a player gets promoted to the Free-Range Role, A player can earn up to $2,000.” This is, if you’ll excuse the pun, a real game-changer. The site advises that you be an experienced gamer before you start, but signing up and getting started is easy and simple.
Beyond the Play2earn business model, the company aims to educate young Africans about the potential and usage of NFTs, beyond the world of gaming. With the African video game industry now worth an estimated $642 million, and apps like Gamic becoming more popular, it looks like there is no slowing down the online gaming boom.
Online casinos
A lot of players in Nigeria (and the rest of the world) - who may have never set foot in a land-based casino - are flocking to play the many games on offer. And with a huge selection of places to play and a wide range of games - as well as free spins, no deposit bonuses and other enticements - there are more chances than ever to take home some winnings. And Nigerians are doing just that. A big attraction for new players is the bonuses. To get your bankroll going immediately online casinos may offer a no deposit bonus or deposit bonus codes. As well as the perks you get for signing up there are also plenty of promotions to check out, and freebies such as extra spins on the slots.
Casino games
All the casino classics are well represented in online establishments - you have the card tables where players can enjoy poker, blackjack or baccarat; the iconic roulette wheel and of course the ever-present slot machines. But it’s not as simple as it looks - you’ll find variations on the classics, and much more advanced options as well.
Slots are a good example of this - developers are constantly pushing to bring out new games with cutting edge graphics, gameplay (such as levels and missions) and various themes to suit fans of almost any aspect of popular culture. There is plenty of information online about all aspects of casino gaming, so whatever your requirements you’ll find a reputable place to play.
The video gaming industry is flourishing across Africa, driven by rapidly advancing and ever-more-affordable technology. Nigeria has a particularly vibrant gaming market, and NFT gaming may well generate an extra source of income for keen young gamers.
Top Stories