The distraught lady revealed that she was pushed to search the house for some things when she discovered the ring. 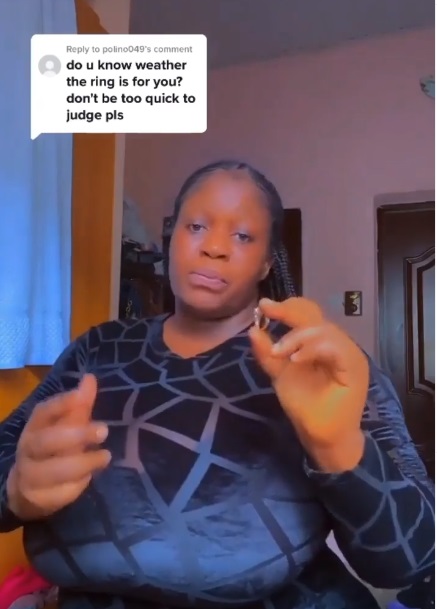 A Nigerian lady has made a shocking discovery about the man she's been dating for the past four years.
According to the lady, she discovered that the man she’s been dating for four years and living with for 2 years is planning to marry a lady his aunt introduced to him for Green Card.
She revealed that she found out after searching the house for some things when she discovered the ring.
She went on to show that the ring is not her finger size, and further added that she is not embarassed by the discovery.
Watch the video below: