Nigerians React After Davido Declared His Obsession With His Children


A popular Twitter user dropped an epistle on why Davido should retract his ways on his obsession with his kids. 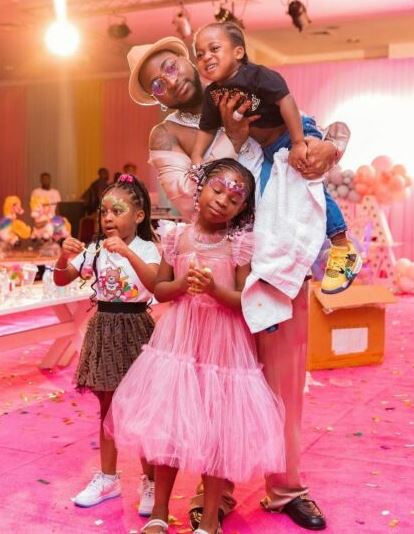 Davido and his kids

There are mixed reactions online after superstar singer, Davido declared that he is obsessed with his children.

The singer was lectured by a popular Twitter user, Daniel Regha on why he should not be obsessed with them.

This comes days after the singer flew his family to the UK for his sold-out show at the O2 Arena.

In a Twitter post, Davido emphasized how much his children meant to him despite having multiple baby mamas.

“I’m obsessed with my children,” the singer wrote.

Daniel dropped an epistle on why Davido should retract his ways on his obsession with his kids.

“Davido, loving ur children is great but obsessing over them may do more harm than good in the long-run (if left unchecked) cos majority of people who obsess over someone end up becoming overly controlling which is unhealthy as it puts a strain on the relationship or friendship,” the user wrote. 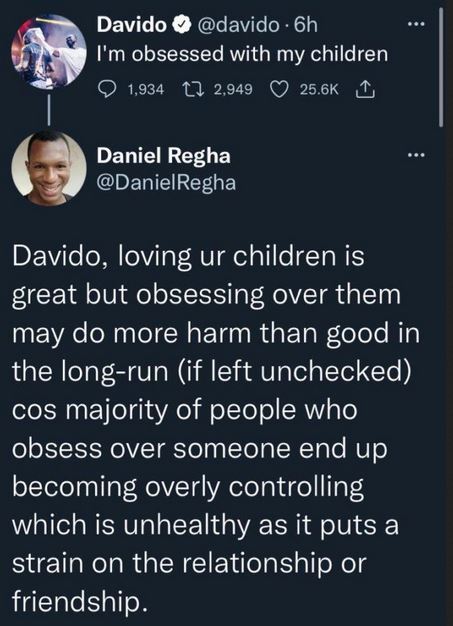 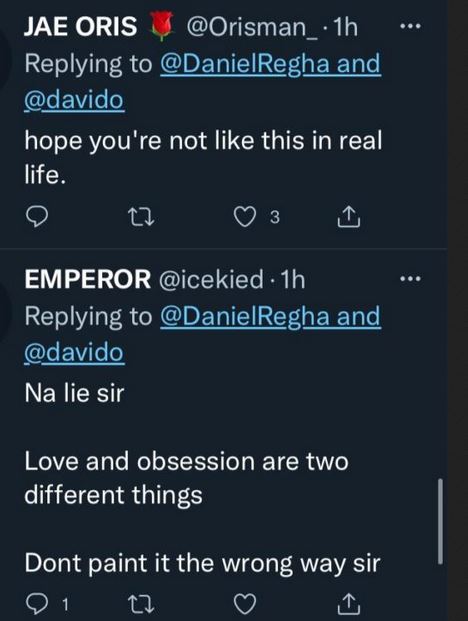 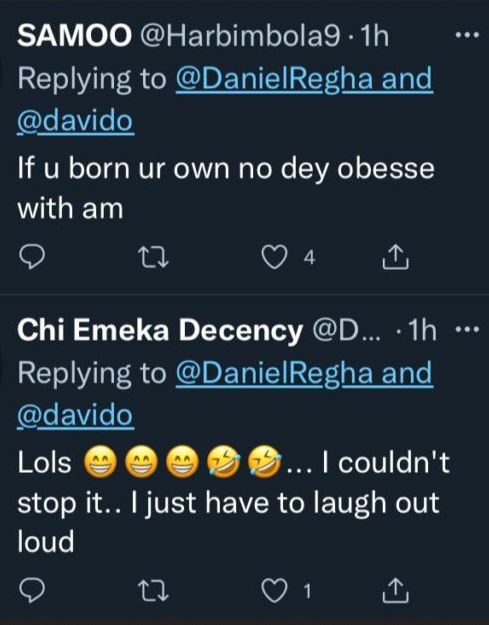