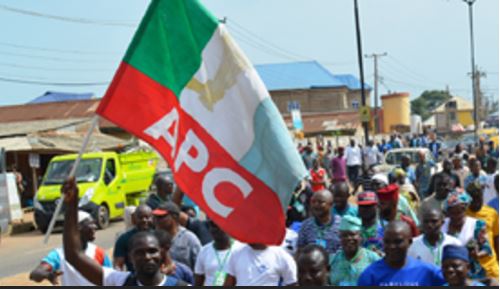 It has been revealed that the crisis bedevilling the ruling All Progressives Congress (APC) may have started yielding negative effects on the party, as the Independent National Electoral Commission (INEC) rejected the nomination of Governor Abubakar Bello of Niger State as the Chairman of Caretaker Extraordinary Convention Planning Committee (CECPC) of the party.

According to an inside source, Governor Bello, upon resumption as Chairman of the CECPC of APC, transmitted a letter dated 8th March, 2022, informing INEC of the change of guard at the party's national secretariat.

Both Governor Bello and Professor Mamman were said to have signed the letter.

The source also added that the letter served as notice to the commission, of APC's CECPC decision to hold a National Executive Committee (NEC) meeting for next Thursday, 17th March, 2022.

But, in a swift reaction, the Commission was said to have replied the letter on Wednesday, 9th March, 2022, saying it was not aware of any change of guard in the APC, and would not honour it, since it was not signed by the known CECPC Chairman, Governor Mai Mala Buni and Secretary, Senator John James Akpanudoedehe.

The letter was signed by the Secretary to the Commission, Mrs Rose Omoa Oriaran-Anthony.

"The Commission draws your attention to the fact that the notice for the meeting was not signed by the National Chairman (Buni) and National Secretary (Akpanudoedehe) of the CECPC, contrary to the provision of the Article 1.1.3 of the Commission's Regulations and Guidelines for Political Party Operations (2018).

"Furthermore, the APC is reminded of the provision in Section 82(1) of the Electoral Act 2022, which requires 'at least 21 days' notice of any convention, congress, conference or meeting convened for the purpose of 'merger' and electing members of executive committees, other governing bodies or nominating candidates for any elective offices," a copy of the letter obtained by SaharaReporters reads.

Governor Bello's letter, according to a source at INEC, remains strange as there was no time the Commission was invited to observe or monitor any meeting where the changes took place, hence, the letter was not honoured.

"Section 82(2-3) of the Electoral Act 2022 (as amended) makes it mandatory for all registered political parties in Nigeria to involve INEC in any meeting, congress or convention where elections or decisions to nominate executives or governing bodies of the party shall be taken.

"The same section also provided that, in a case of replacement of any vacant position in the party, INEC must be fully involved too," the source added.

The source further maintained that the Commission was not invited to any meeting or Congress where Mai Buni was removed as Chairman, and as such, could not deal with what was not legally constituted.

"The APC will be heading for an illegal NEC meeting by next week by the provision of the law. It is the duty of the Commission to properly guide the party, just as it will do to any of the opposition parties," the source further stressed.