The kidnappers contacted the family of the victims barely 12 hours after the abduction and demanded N15million ransom. 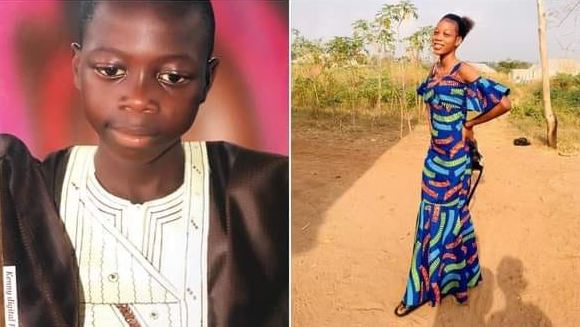 The victims, David and Esther Kehinde

It was gathered that the siblings were kidnapped while doing laundry at Oremeji Street, Joga area of Ayetoro on Tuesday evening, March 8.

Sources said an aged man who was present at the scene challenged the kidnappers but they hit him on his head, which made him to lose consciousness.

A resident said the kidnappers contacted the family of the victims barely 12 hours after the abduction and demanded N15million ransom.

Spokesperson of the State Police Command, Abimbola Oyeyemi, who confirmed the kidnap on Thursday March 10, said the police were on the kidnappers’ trail.

A youth group in the area, the Yewa North Patriotic Forum has expressed displeasure over the incident, saying the state is no more safe for residents.

The group, in a statement signed by its Secretary, Ganiu Fatolu, said, “People now keep vigils to protect their families.”