What Happens Between Mercy Aigbe, Lanre Gentry Not My Business - New Wife Says


The new mother recently made this known on social media while berating a critic for saying her husband is still in love with Mercy. 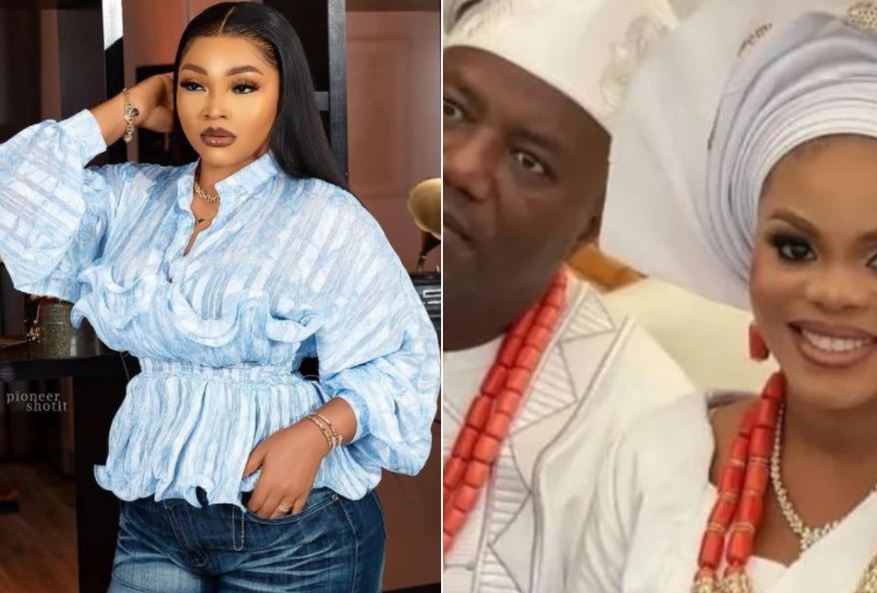 Busayo, the new wife of Lanre Gentry, has stated that whatever happens between Mercy Aigbe and her husband is not her business because they once had a family.

The new mother recently made this known on social media while berating a critic for saying her husband is still in love with Mercy.

The user @talk2jluv wrote: “Your husband is still in love with Mercy that is why he is pain (sic)… if not marrying you is enough for him to rest on Mercy’s case… But every topic about mercy he must treat it. Mercy doesn’t even give a fuck about him.”

Responding, Busayo said whatever happens between her husband and Mercy Aigbe is non of her business because that was a family before hers, and they never existed to her.

The businesswoman added that she is channeling her energy on profitable things; besides, she’s still more obsessed with her new baby than what is happening with another person’s life.

“Whatever happens between them, then and now is basically non of my business, that was a family before mine and they never existed to me, I channel my energy on profitable things beside am still obsessed with my new human than watch what’s happening with another life irrespective of whoever the person is peace,” she wrote.

Lanre’s marriage to Mercy crashed in 2017 over allegations of infidelity and domestic violence.

He married Busayo in September 2021.