Some students who shared their frustration with SaharaReporters, said the situation has compelled them to buy food of poor quality on campus at exorbitant prices. 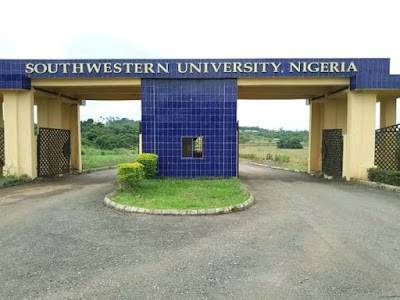 According to an exclusive report by SaharaReporters, some students of Southwestern University, Okun-Owa under Odogbolu Local Government Area of Ogun State, have cried out over the management’s decision not to allow them to cook in their hostels.

According to some aggrieved undergraduates of the school, who shared their frustration with SaharaReporters, the situation has compelled them to buy food of poor quality on campus at exorbitant prices.

The students disclosed that this development had compounded the sufferings of many of them living in the school’s hostels as they have had to expend funds meant for other important things on buying food when they could have easily prepared their own meals.

“We are not allowed by the school to cook food in the hostels. This is affecting us in more than a few ways.

“As a result of this situation, we are forced to buy tasteless food just to survive. It is so bad that N1,000 can’t get you a decent meal in school. I have never seen this level of punishment before in my life,” a 300-level student of the school lamented on Wednesday.

Another student of the school, who decried the poor living conditions they were subjected to at the university, revealed that apart from not allowing them to cook their own meals, having access to cash on campus is often difficult as there is no Automated Teller Machine in the school.

“We eat bad food in this school yet they won’t allow students to cook their meals.

“If you run out of cash, to get cash is always difficult as there is no single ATM inside the campus.

“This is making life unbearable for many of us but we are only enduring the situation because we just want to get our certificates and move on with life. The situation is really terrible in the school,” the student said.

A handful of other students of the school, who spoke with our correspondent, all expressed frustration and anger at the situation, calling on the regulatory authorities for university education in Nigeria to intervene in their plight.

On Tuesday, SaharaReporters revealed how many students of the private university don’t bathe for several days despite having to attend lectures due to the lack of regular water supply to the hostels.

It was discovered that sometimes for five straight days, water is not supplied to the hostels.

This is going on even though the school mandates tuition fees to be paid in United States dollars.

The situation, apart from affecting the lives and studies of students in the school’s hostels, was already sparking fears of an outbreak of infections and diseases among undergraduates of the university, SaharaReporters gathered.

On Monday, SaharaReporters also exclusively reported how the private university suspended 17 students for demanding clean water and stable electricity supply in their hostels.

The management of the school handed a six-week suspension to each of the 400 level students for having the guts to voice out their frustration despite warnings from the authorities.

Like it happened on two previous occasions, the spokesperson for the school, Mr Aderoju did not respond to calls and a text sent by our correspondent on the issues raised by the students.