Davido fired back at Regha, asking him not to tell him how his money should be spent. 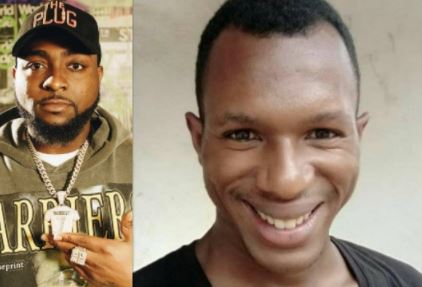 Superstar singer, Davido has fired back at a popular Twitter adviser, DanielRegha who took to his comment section to offer unsolicited advice.

On Wednesday, Davido disclosed that he will be gifting N20 million to 20 Nigerians with business ideas or start-up ideas on Friday. March 18. He stressed that Nigeria is hard at the moment and that it will be nice to give out some money.

A Twitter user @DanielRegha saw his post and decided to advise him on how to spend his money.

''Davido instead of gifting 20m to 20 people, visit hospitals, schools plus social media platforms (including ur comment sections) & use the money to foot the bills of those who urgently need financial assistance; Cos majority of people here will misuse the money if given to 'em.''he tweeted

Davido saw his comment and served him a response. He wrote; 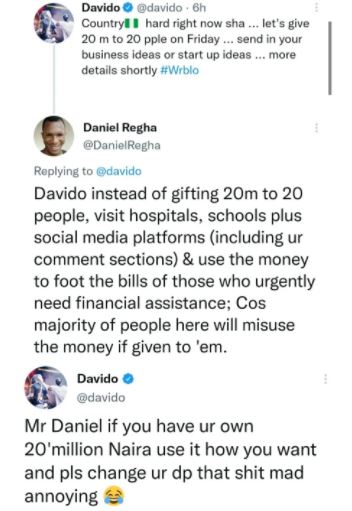