The Governor was pictured with his wife and children after the inauguration.

The former CBN governor was sworn in by a judge as the new governor of Anambra State in a lowkey event that took place at the Government House.

The former Central Bank of Nigeria (CBN) governor took the oath of office alongside his deputy, Onyeka Ibezim.

The Governor is pictured with his wife and children after the inauguration. 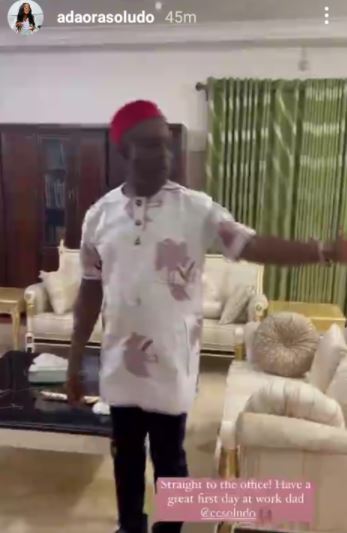