Russia/Ukraine: If Negotiation With Putin Fails, That Would Mean That This Is A Third World War - Zelensky


Zelensky has disclosed that he is ready for negotiations with Putin for the war to end. 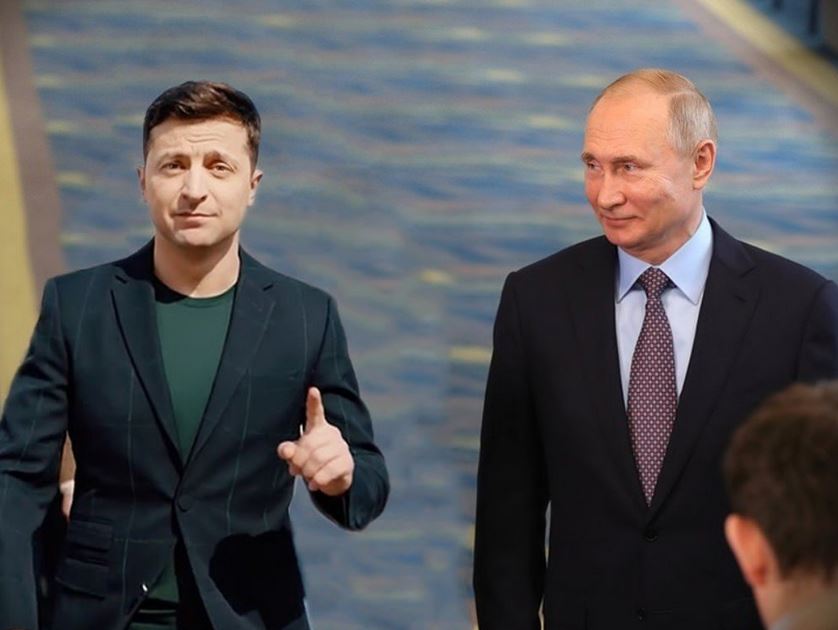 Following the invasion of Russian troops in Ukraine, President Volodymyr Zelensky has stated that he is ready to negotiate with Russian President, Vladimir Putin.

Zelenskytwarned that if any negotiation attempts fail, it could mean the war between the two countries would result  to "a third World War."

Russia and Ukraine have been engaged in a war on Ukranian soil since February 24, with Russian president Vladimir Putin claiming he wants to De-nazify and demilitarize Ukraine.

Ukraine meanwhile has staunchly been defending it's territory with Russia's advance said to be at a halt leading the Russian forces to indiscriminately attack civilian homes, schools and hospitals.

“I’m ready for negotiations with him. I was ready for the last two years. And I think that without negotiations, we cannot end this war,” Zelensky told CNN’s Fareed Zakaria in an exclusive interview Sunday, March 20.

On the negotiations, Zelenksy said, "if these attempts fail, that would mean that this is a third World War.”

Zelensky was asked about Putin's claims that the Ukrainian government is full of neo-Nazis.

He said that he cannot take these statements by Putin "seriously" and called it "laughable."

Zelensky added that Putin is in an information bubble but he noted that remarks like this from the Russian president worry him about what he is capable of.

"I'm not afraid of anything except for people, but the fact -- the fact is that if he is serious about this statement he might be capable of very horrendous steps because that would mean that this is not a game for him."

Zelensky said that if his country had been admitted into the North Atlantic Treaty Organization alliance earlier, then Russia would not have invaded the country.

“If we were a NATO member, a war wouldn't have started. I'd like to receive security guarantees for my country, for my people,” Zelensky said adding that he was grateful for the aid NATO has provided since the invasion began.

“If NATO members are ready to see us in the alliance, then do it immediately because people are dying on a daily basis.”

More than 900 civilians have been killed with over 2million fleeing the country since the invasion began, the United Nation says.