Confirming the arrest, the spokesperson of the state police command, DSP Suleiman Yahaya Nguroje, said the suspect killed her child because she felt the father couldn't take care of her and their baby. 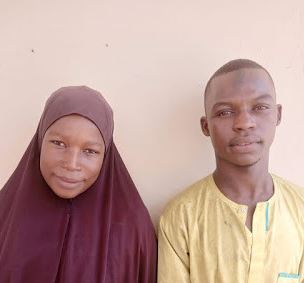 A 20-year-old woman, Amina Umar has been arrested by the police for allegedly killing her 3-day-old baby boy with a pesticide used in killing rats in Adamawa.

Confirming the arrest, the spokesperson of the state police command, DSP Suleiman Yahaya Nguroje, said the suspect killed her child because she felt the father couldn't take care of her and their baby.

Amina had divorced her husband and reunited with her 22-year-old ex-boyfriend, Buba Musa, who is currently married. She got pregnant for him after he promised to take her as his second wife. However, after getting pregnant, Buba, a mechanic, allegedly abandoned her and when she finally gave birth on March 14, she decided to kill her child on March 17.

''After she gave birth to the baby, she discovered that the so-called father is not the type that will take proper care of her and the baby so she decided to go and buy a pesticide. She put it in a cup and gave the baby. Eventually she was arrested and confessed to the crime. We are gathering all evidence so we can charge her to court for the law to take its course.'' the police spokesperson said

Amina on the day she allegedly killed her own baby, sent a boy to buy pesticide for her which she gave the baby leading to his untimely death. After administering the chemical, Amina told her neighbours that her baby was sick. Unknown to her that her neighbours heard her conversation with the boy she sent to buy the pesticide. She later informed them that the baby had died. This made her neighbors suspect her moves and they immediately alerted the police who arrested her and after interrogation, she confessed to killing her child.

On why Buba was arrested, Nguroje said;

''Initially somebody gave us information that it was the guy that supported her to abort the baby when she was pregnant but when he could not, he decided to abandon her and that angered her to take that decision. We are still investigating to know if actually it is true. In the event that it is discovered he has no hand in it, he will be released but if he has any element that shows he aided the crime, he will be equally be charged to court''.